How To Create and Run PowerShell Scripts? – POFTUT Skip to content 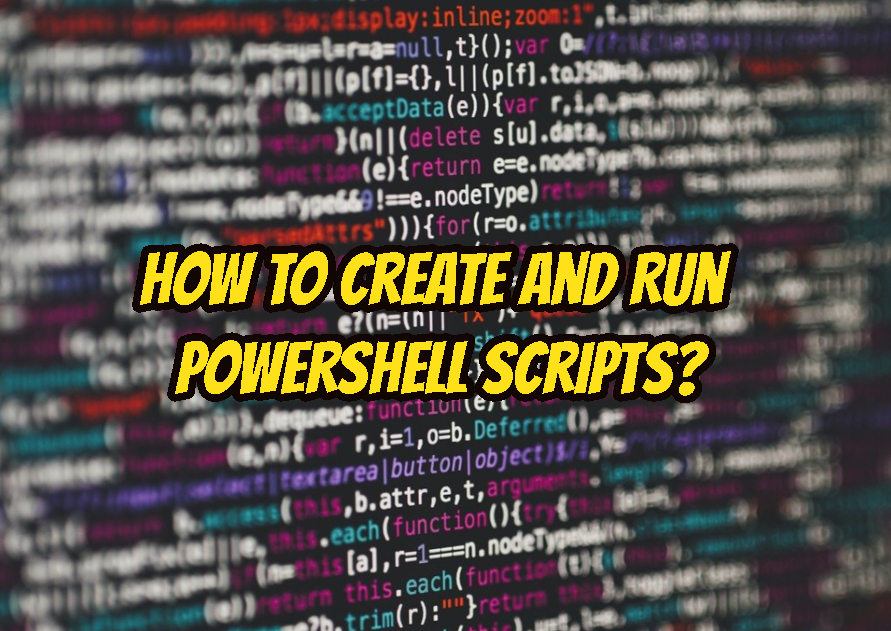 Powershell scripts are used to complete tasks simply running script files. This provides easy to use ways to run the same commands again and again. Scripts also used to share the experience with other system administrators easily. Scripts may need sometimes parameters for the operator. In this tutorial, we will look at different aspects and usage forms of Powershell scripts.

Security is an important topic today. Microsoft has learned a lot of things from previous mistakes. It created some security mechanisms for its powerful scripting engine Powershell.

As we can see that current execution policy is whichRestricted simply means we can not run downloaded PowerShell scripts.

We will simply answer toY the confirmation question.

In order to use it in the test, we will create a script file named whichhelloworld.ps1 contains the following script. ps1 is used to specify the PowerShell script.

Run Script In The Current Directory

We can simply run the script which resides in the current directory. In this example, we will run helloworld.ps1 . . is the current working directory.

Spaces have a different meaning in Powershell and path, file or command names with spaces must be surrounded with double  "  or ' single quotes. In this example, we have a Powershell file which is named hello world.ps1. We can see that hello and world are separated with space. In order to call this Powershell script, we need to use " which will surround the name completely.

If we do not use a single or double quote like below we will get a `Not Recognized Name of a cmdlet, function, script file or operable program error” with CommandNotFound type.

LEARN MORE  How To Pause and Resume Powershell and Cmd Scripts In Windows With Examples?

We can call different shells from Powershell. For example, we can call commandspython and script from Powershell by specifying the python interpreter. We can also runcmd.exe to call MS-DOS scripts like below. But keep in mind that MSDOS can only run bat files.

After the script is completed the PowerShell window will be closed as the process is complete. If we need to prevent exit from the command prompt we can use orRuncmd.exe with the following command by providing with option-noexit.

Run PowerShell and Script As Administrator