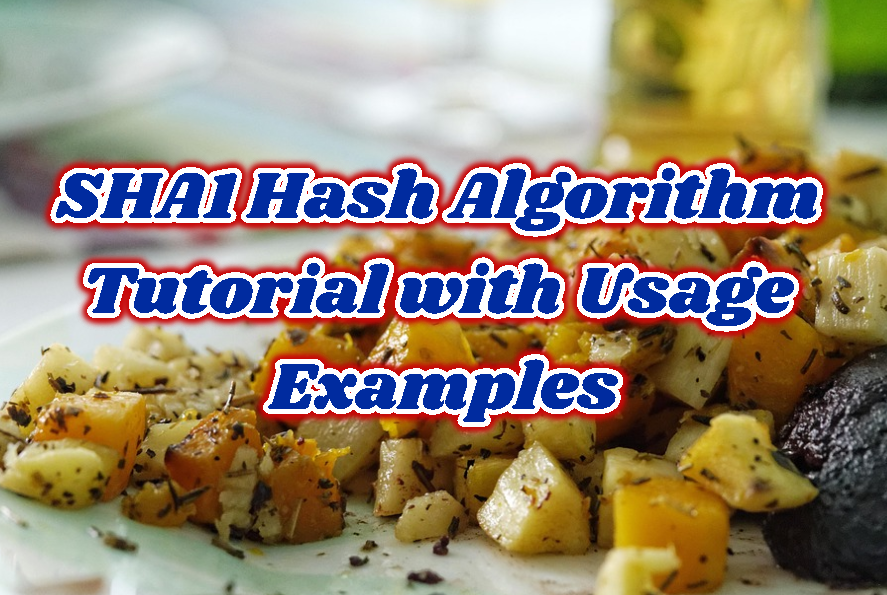 SHA1 is a hash algorithm that is created by the National Security Agency (NSA). SHA1 hash algorithm is generally used in security and data integrity applications. SHA-1 is created in 1995 as the successor of the SHA-0. Both SHA1 and SHA-1 refer to each other.

SHA1 Is Not Secure Anymore

SHA1 is used for data integrity and security. Especially after 2005, there are a lot of different attacks against the SHA1 algorithm to prevent it is not secure. The first public collusion published in 2017 where SHA1 is not considered secure after that time. Currently, SHA2 family algorithms are invented to be used for security. A collision attack is simply a different input value that can generate the same output hash value which will fake the security systems.

Currently, there are a lot of tools where some of them online to create SHA1 hash values. In the following address, there is a tool which supports a lot of different type of hash and encoding algorithms.

There are also some cracking tools that can crack popularly used words and passwords easily. Especially Linux, Network and Windows systems use SHA1 in order to hash and hide passwords but this can be cracked easily with the following online cracking sites.

LEARN MORE  How To Use Curl with HTTPS Protocol and URLS?

Say we want to crack the password hash 717de03c9158ae10675c659c2fe8b27b71d50073 and find the user password. We will use the following online SHA1 cracker and provide the hash we want to crack. We can also provide multiple SHA1 hashes line by line.

We can see that the hashes clear text is crackme123 which is shown in the cracker result in green color.

Linux distributions like Ubuntu, Debian, Mint, Kali, Fedora, and CentOS provide sha1sum command which can calculate the SHA1 sum of the given file.

PHP programming language provides a SHA1 calculation function named sha1() as builtin. We just need to provide the data or text we can to calculate its hash. In this example, we will calculate the hash of the “crackme123”.

Python also provides the SHA1 hash algorithm support with the hashlib module/library. We will first import hashlib and then use the sha1() function by providing the data or text we want to calculate the hash. In this example, we will calculate the hash of “crackme”.

MD5 is another popular hash algorithm that is created before the SHA1. But they are used in the 1990s and 2000s and were an alternative for each other. In this part, we will compare the SHA1 and MD5 hash algorithms.