How To Shutdown Linux System? – POFTUT Skip to content 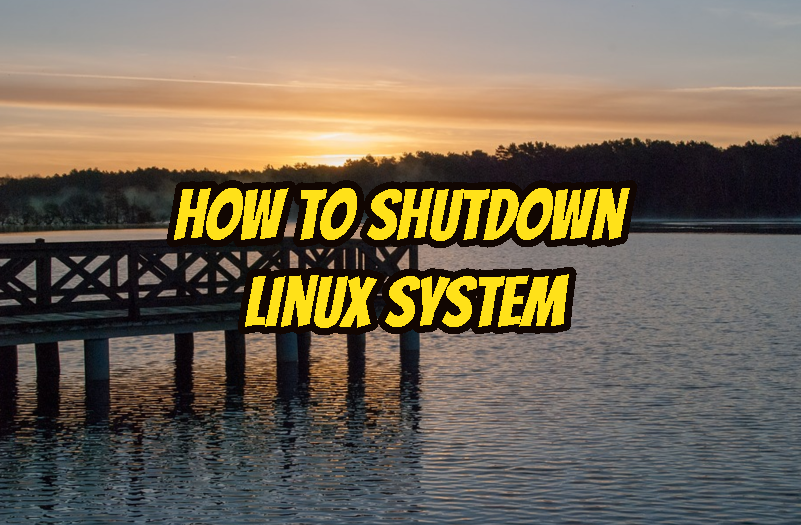 I am new to Linux and I have installed some Linux distributions. I try to learn bash commands. I can shutdown my computer from Desktop manager easily. But How can I shutdown system from bash without a GUI. There are different ways to shutdown Linux system. Following commands will work most of the distributions like Ubuntu, Debian, Mint, Kali, CentOS, RedHat, Fedora.

We can shutdown a Linux system with poweroff command.  If we want to force the shutdown we can use -f parameter.

Reboot After Shutdown with Poweroff Command

poweroff command provides the --reboot option which will start the Linux system after a shutdown.

reboot command actually a synonym of the poweroff command with --reboot option. We can use--halt option in order to halt and do not restart the system like below.

The most popular and well known command is shutdown command. This command automatically shutdown the current system.

Shutdown System After Given Time

We can set timer to shutdown system. In this example we will shutdown the system after 5 minutes the command issued.

Send Message To The System Users Before Shutdown

How To Shutdown Linux System Infografic