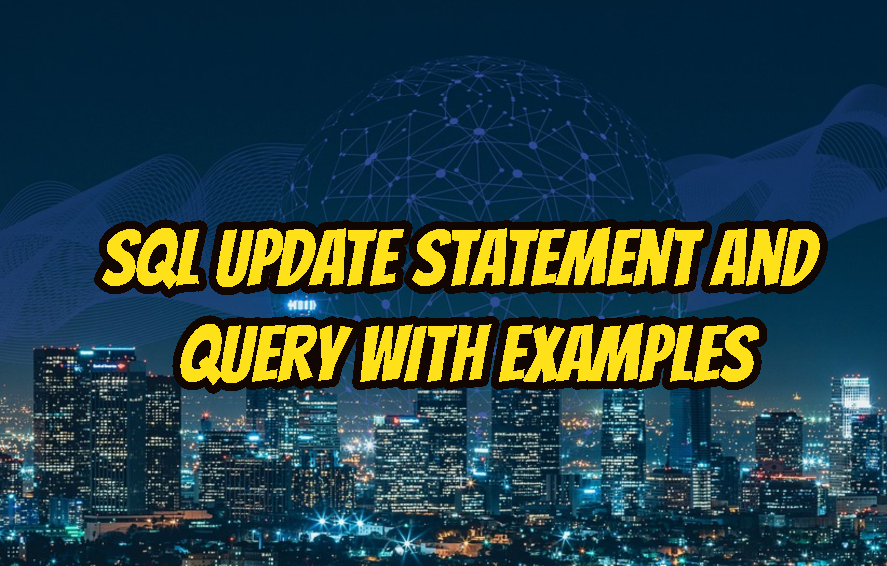 SQL databases provide structured data storage capabilities. We can store data in tables with columns and rows. Other useful features for SQL databases are update capabilities. We can update SQL database data in different ways and constraints. In this tutorial, we will learn how to update database table data with an SQL UPDATE statement and query a single record, multiple records, or conditional situations with examples.

SQL Update statement or query has the following syntax with the given values.

During this tutorial, we will use the following database table in order to update it in different ways. We try to make the table simple in order to prevent misunderstanding and decrease complexity. In this table, we have the following columns. The table is named Users.

Update records can be used to update multiple records in a single Update query execution. We have to specify some conditions which will match multiple records on the given table and update the given columns. In this example, we will the Country of the users whose ages are over 30.

We can update multiple columns for the given condition. Here we need to specify the column and value pairs by delimiting them with a comma. In this example, we will update the Country and City values of the users whose ages are over 30. We will set Country as Turkey and City as Ankara.

In some cases, we may need to update the whole table or all rows in a table for a specific column. In this case, we do not need a condition because we will match all table rows. In this example, we will set all users table records Age value to the 30.

Update According To ID Column

During the application development, we generally write some SQL queries. The update SQL query is one of the most used ones. Almost every application has some tables which have the ID column. We generally use ID values in order to update the table. In this example, we will show how to update according to ID.

OR we can update records those ID numbers higher than 3 .

Another useful scenario for the SQL Update is using with a BETWEEN clause or condition to match records to be updated. We can specify range by using BETWEEN where the record values are between this range will be updated. In this example, we will update the Country to Turkey where Age is between 30 and 40.

Update Table From Other Table with SQL Select

Up to now we have updated data by providing explicitly and directly in a SQL query. In complex databases and applications, data can be provided from other tables. We can update data by fetching it from other tables by using the UPDATE SQL statement. We will use an external table named Cities where we will update the Country value of the Users table records according to the Cities table.