How To Start Applications From Command Line In Windows Different Ways? – POFTUT Skip to content 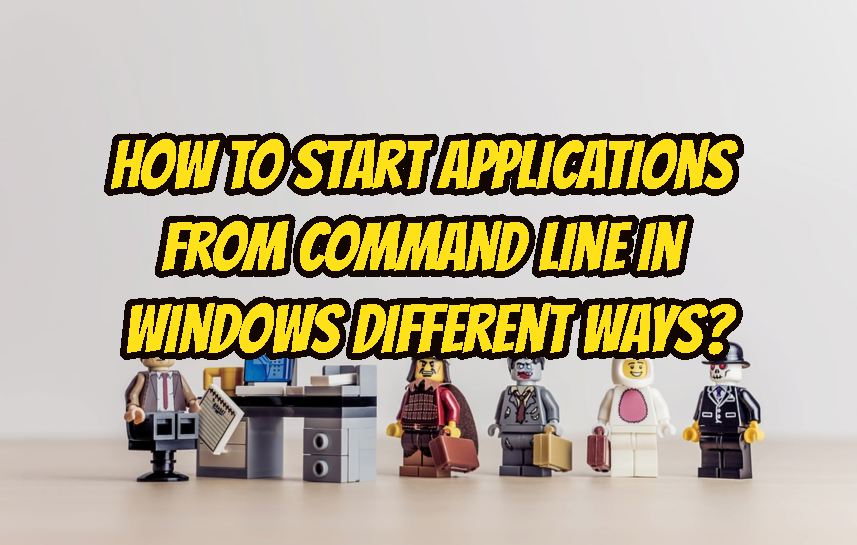 The first way to start and app either GUI or non-GUI the start search box can be used. Normally this is used to search computer for file and directories but before starting to search files and directories it search for given term in commands and applications. We will start Windows Paint with the mspaint command like below.

Run command box is used to run commands directly in a shell in Windows operating systems. Run command box provides easy shortcut for running commands. Run Command Box can be opened with WIN+r keyboard shortcut. The application will be entered like below.

MS-DOS is actually a simple operating system for 30 years old. MS-DOS console can be accesses like below from the start menu. This is named Command Prompt .

After starting MS-DOS Command Prompt we will just input the mspaint command and hit enter.

LEARN MORE  How To Prevent SQL Injection in Php Applications?

Batch files are used to run commands file a file. Batch file mechanism generally used to run Scheduled Jobs but there are different use cases too. We will write a batch file named paint.bat and put mspaint as containt into this file like below. The bat extension is important.