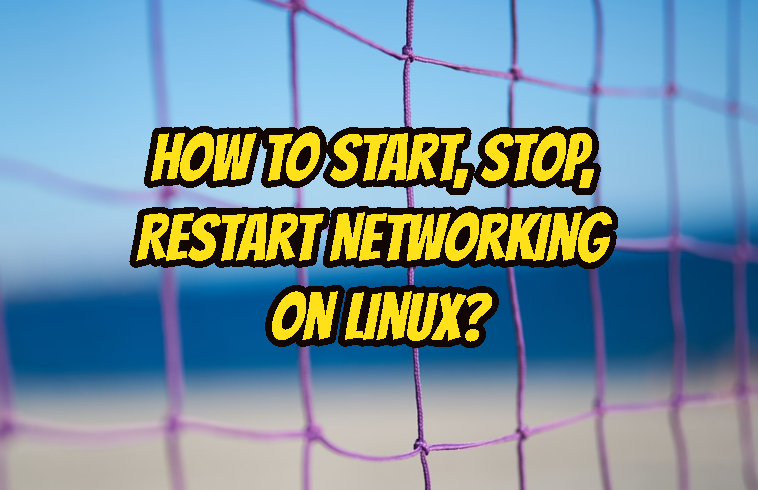 I have changed my network configuration and want to restart to make changes effective. Or there are some problems with my network and I think restarting it will solve my problems. Here we will look at how to restart networking service in various network distributions like Ubuntu, Debian, Fedora, CentOS.

Get Status Of Network Service

We will get status of network with the following command.

For deb based distributions we will use init.d  system. We will provide status option to the networking script.

As we cab see that networking service is active from given date. Its PID is 897 .

For distributions like CentOS, RedHat, Fedora we will use systemctl command. We will provide the options status and network which is the networking service.

We can stop network like below. Bu keep in mind for remote connection it can be create problems with ssh

We will use stop option with networking command in order to stop network services in Ubuntu, Debian, Kali, Mint etc.

We will use systemctl again with stop option which will stop network services. We also require root privileges that will beget with sudo command.

We will provide start option in order to start network services in deb based distributions.

Now we can restart our network or network services.