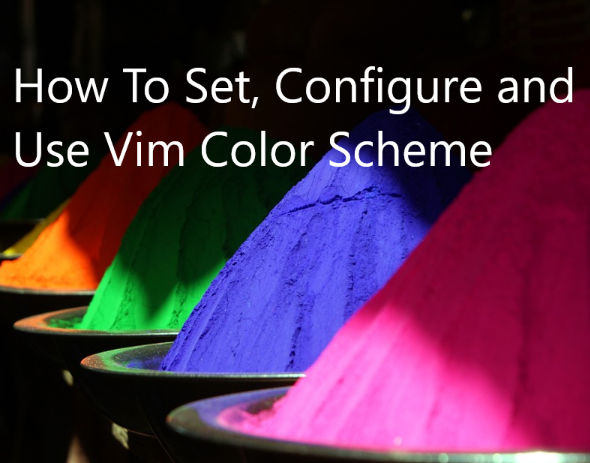 Vim is very popular ans useful text editor based command line and GUI. I prefer vim because of its featured over nano etc. Vim have color scheme and highlighting features where different syntax for programming languages can be printed in a pretty and understandable form. In this tutorial we will look how to change color … Read more

Vi is old school text editor developed for Unix operating system. Linux distributions also provides vi by default. But what is is vim . Vim is improved version of the vi. Actually vi has a lot of alternative versions but vim is the most popular and accepted version. Enhanced Version Vim As stated previously vim puts more … Read more