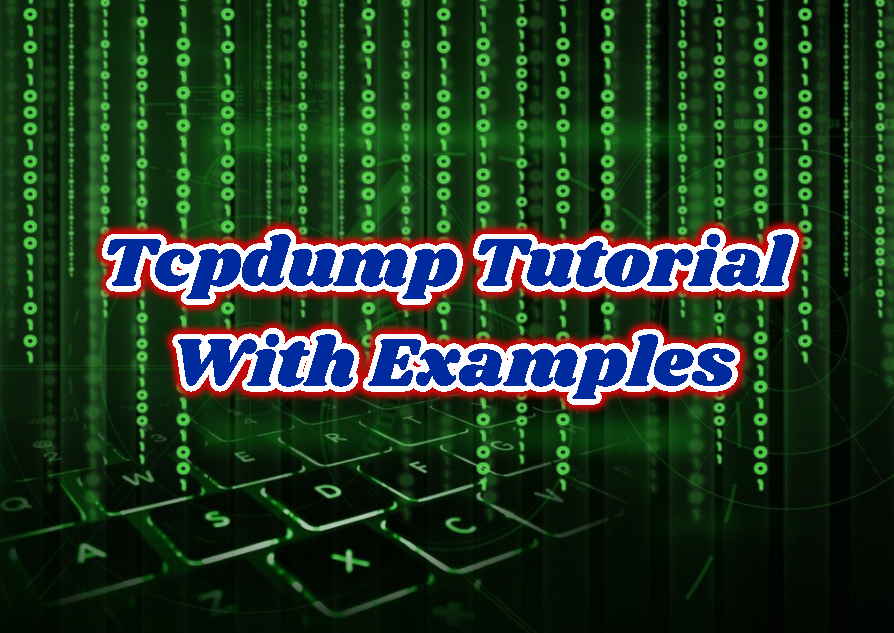 Tcpdump is a packet sniffer for everyday use. There is a lot of packet sniffers but tcpdump differs with his general availability and ease of use. Tcpdump use libcap library which is the core library used for packet sniffing. Here we will look at general usage examples of packet sniffing. Be aware that to use tcpdump, tcpdump should have enough privilege and security mechanisms like SELinux, AppArmor should give permission. Captured data is generally written into a file with pcap extension. Pcap files can be read and parsed with popular GUI based network tool Wireshark.

More detailed information can be get from tcpdump man page like below.

As we see from screenshot tcpdump can sniff 10 interfaces on this Ubuntu system. Tcpdump also gives some information about interface status like up/down and connection type. There is a special interfaces type numbered 2 which named any where all interfaces traffic can be sniffed from these interfaces

By default all network traffic is captured with the tcpdump . This may create enormous output. If we want to only capture specific port we can use port option. In this example we will only listen HTTP port with the port http.

While capturing packets only IP header information is shown. To get more details about packets verbose option should be specified.

To see more details than current details verbosity level can be increased with the -vvv by adding new v to the option like below.

It can be decreased the default verbosity to get more elegant output for the packet sniffing with option -q .

While capturing packets we may want to show them as ASCII or text. For example in HTTP traffic we can ouput HTTP headers directly to the console.

Another way to display captured files is Hex format.

By default port and ip numbers are displayed as text for example port 80 will shown as http or an ip address will shown as host name if it can be resolved. These information can be shown as numeric like below.

In some situations, we want to limit captured packet count for example to identify network traffic we generally need the start of the TCP session. Specify count for captured packets here we set it to 5.

Normally all network layers protocols are saved from the Ethernet protocol to Application protocol. But only a specific layer can be captured by specifying a protocol like TCP like below.

This command will capture and sniff only ICMP packets.

Tcpdump have the ability to only capture Arp packets like below.

As shown previous example we can capture specific protocols. In this example, we will capture only IP packets.

We have previously filtered captured packets according to hostname. We can also use network filters to filter according to specified networks.

Captured packets information is printed to the console which is by default command line. If we want to save the to a file following command.Save captured files to the file named deneme.pcap . Actually there is a lot of supported capture file format but pcap is common usage. File

After saving capture file tcpdump can read the file and show output to the terminal with the following command.

1 thought on “Tcpdump Tutorial With Examples”