How To Trace System calls and Signals With Strace Command With Examples? – POFTUT Skip to content 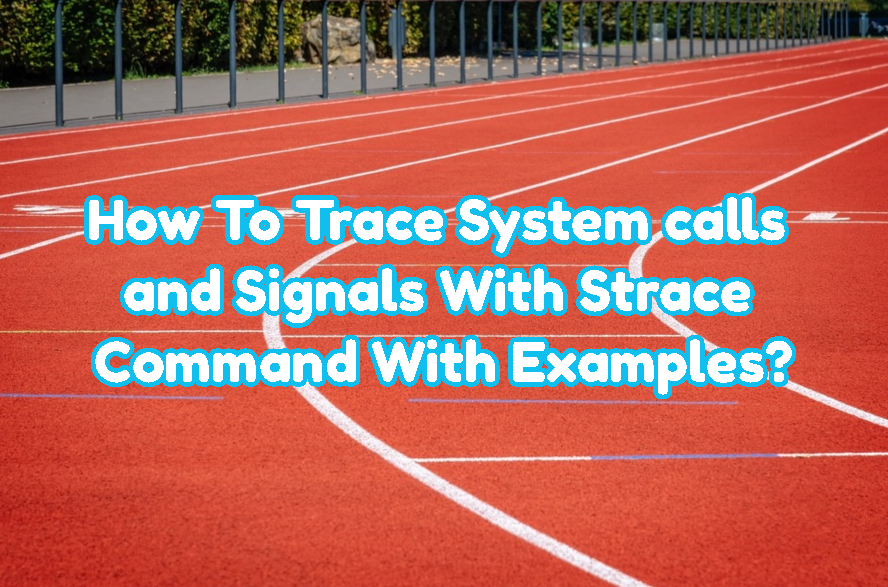 Simple and fast help about the tool can get with the following command.

Linux processes are generally started by calling them from bash or running background commands. In this example, we will start a process by calling the command. But by calling command we will send the command to the strace as a parameter like below. Keep in mind that this is not an emulation mode the command will be run and complete its job. While doing its job the system calls and related information will be printed to the console. While tracing information like system call name, address, library, file stat will be provided.

In the previous example, we have traced a command completely. This has created a lot of information and related output. This may be too much for us because we are looking for only some of them. To make things more clear to track we can provide the system call we want to trace. In the following example, we have only wanted to list open system call which is used to open files.

Save Trace Result To File

We have learned  that our snap daemon named snapd have PID 1193. Then we will provide this PID to the strace to trace with -p option like below.

Write Output To A File

In the previous example, we have printed the time stamp. This timestamp have normal precision where hour, minute and second information is provided. In some situations, we may need to get a more precise metric from the trace. The -tt option will create more precise metrics in nanoseconds about the trace.

While tracing a process there is a lot of system calls used. Metrics and statistics about these calls can be printed in a table. This table will include metrics like time, seconds, call count, errors and related system call.

Operating systems provide threads to multiple processes for more performance. Some daemon or server processes like Apache, Nginx, etc. uses mainly threads. Normally strace do not trace these threads. The -f and -ff options made the strace to find threads with the related process and trace them too.