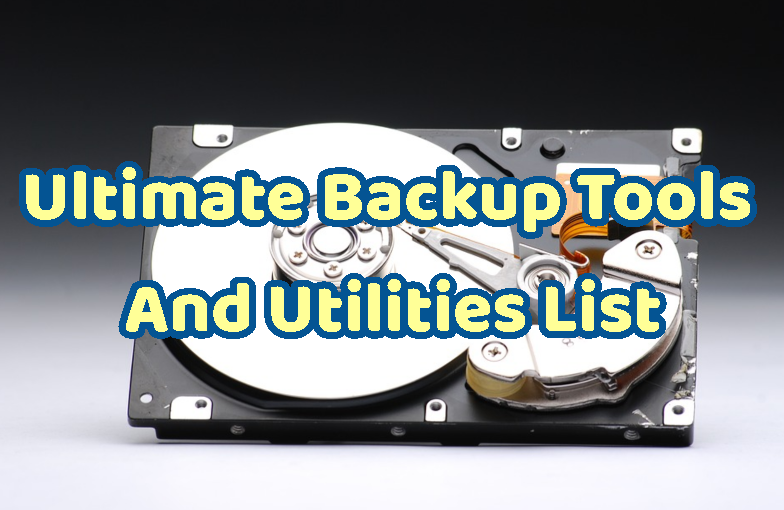 Backup is the act of creating a redundant clone of existing data or system. Backup can be done in personal computers or corporate systems. One of the important jobs of System Administrators is taking backups. Actually taking simply backup is not enough because for a professional system there needs to be a backup policy. The backup policy will create a standard for backup operations. Here is some question where backup policy should answer.

Rsync is a very popular command-line tool used to synchronize files and directories. It’s fast because it only updates changed files and does not back up files and folders all ready backed up.  Rsync can work as a daemon and provides a lot of different features. Rsync has also a GUI named Grsync. Grsync is specifically developed for Gnome desktop but supports all desktop environments. More information about rsync can be found in this

Fwbackups is developed by Diffingo Solutions Inc. The current version is 1.43.6 and it is developed actively by the company. Each user can configure his own backups. On-demand or automated backups can be done. The current progress of backup or restore operation can be viewed with a tray icon. Alternative backup engines those includes compression and incremental backup. Support for remote ssh and sftp backup and restore.

SBackup is provided by Gnome desktop environment and provides decent features for users. Being integrated with Gnome makes it first choose Gnome users. It supports backup profiles for easy usage. There is also support for file and directory exclude, regex expressions. Also, oldest stored backup date limit can be specified.

KBackup is a simple backup application provides KDE desktop environment. It has limited features. KBackup takes backup as tar files. Tar files can be easily extracted with tar tool. The main panel provides information about the duration of backup and the size information.

Advanced Maryland Automatic Network Disk Archiver a.k.a AMANDA is an enterprise-level backup solution. It haves features multiple hosts into a single server or transfer backups over the network to the tapes or optical media. Amanda provides a native Windows client for backup and restores operations.

Back In Time is a simple backup tool for Linux. It is inspired by the Time Vault project. The backup mechanism works like snapshots of directories. Currently uses QT library as GUI. Snapshot is created only if something is changed from the last snapshot. This application is similar to Apple’s TimeMachine.

LEARN MORE  How To Use Cpio In Linux?

Box Backup is an open-source, completely automatic network-based backup system. There is no special device requirement like tape for backup. All data is encrypted and only decrypted by the related client. Box works as a daemon on the clients and sends the diff when it gets notified.

Luckybackup is mainly used rsync tool for backup. Luckybackup is simple to use the tool. Generally uses Rsync provided mechanism like synchronizing specified directory to the remote. Luckybackup also provides snapshot options for a specified time and restore ability. There is also a simulation option where it will runs simulation about a backup to show verbose operations before happening.

Areca is a professional-looking backup solution with decent features. Areca supports compression, encryption, and remote backup like FTP, sftp. Filtering feature for file and folders name. There is also support for delta backup. To save from disk space multiple archives can be saved into one archive. Report generation also other useful feature and these reports can be mailed.

Bareos is a fully opensource backup solution which is forked from Bacula in 2010. Bareos have a lot of new features upon bacula. Bareos have a web interface for management purposes. Bareos have enterprise-level features like job control, encryption, SQL catalog, advanced volume and pool management, multi-operating system support. Linux, Solaris and Windows clients are provided by the project.

UrBackup is client/server backup system. File and image backups can be taken without interrupting current processes. UrBackup also continuously watches folders you want to backup and incrementally take backups about change. UrBackup can work on platforms like Linux, Windows, FreeBSD.

AceBackup is a powerful tool to create completely secure backups of your data. Data can be stored in different media like CD, DVD, Local Storage or FTP server. I can encrypt backup data and run scheduled backups.