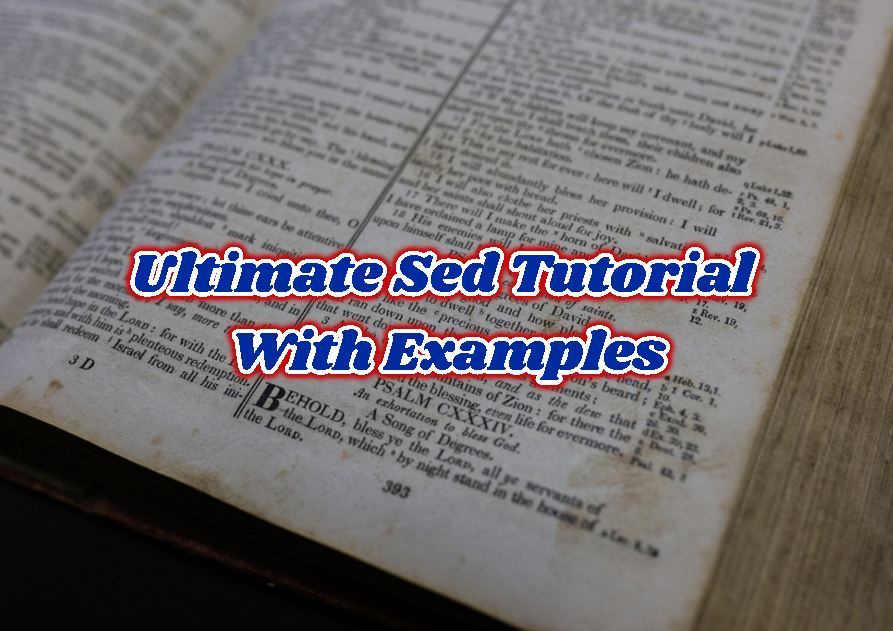 Sed is a stream editor. Sed is used to transform text according to different needs. Sed has a scripting language set too. Sed scripts can be run against files as we see our examples below.  Now we should start an example because this tutorial is one of the longest tutorials on this site.

Sed has following syntax where input files are provided as the last option.

More help about sed can get with pageman like below.

Or by just issuing the commandsed in the bash without a parameter will print main help information.

Sed provides support to print only given lines according to their numbers. We will print line 3 with commandp in this example.

In the previous example, we have only printed a single line. We can also print multiple lines by providing the start and end numbers of lines. In this example, we will print lines between 2 and 4 .

One of the most used features of the sed is replacing text. We will use s/foo/bar/g command. s/ is used to search foo/ and g is used to replace /var with matches of search. Or simply this will replace foo with bar . In this example, we will replace poftut with POFTUT

In the text, we can delete the matched words we have given. This is similar to substitute where we do not provide replacement words. In this example, we will remove the word poftut .

Similar to the previous example we can delete a word matched line as a whole. In this example, we will delete lines where those contains poftut with the d operation

Put New Line After Each Line

We may need to create a new line after each line to the end of the file. We can use G for this operation.