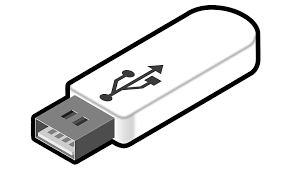 USB is a protocol emerged mid-1900s for connecting computer peripherals to the computer easily. At the time there are problems with other protocols like speed, plugin and play, comp-ability. USB is designed as universal protocol which can be used by most of the computer peripherals and companies. Now it most used connection type. Here list of devices those can use USB for connections

USB have currently 3 versions. In each new version the comp-ability and speed is improved.

The 1.1 subversion is released 1998. This version brought big performance with 12 Mbit/s support.

Version is 2.0 is major version and bring a lot of new features and performance options. 2.0 is the most popular version currently. Version 2.0 released at 2000 and provides 280 Mbit/s speed.

This version also bring different type of connectors like Mini-A and Mini-B . In this version some electronic devices like phone, Bluetooth ears can be charged through USB connection.

Version 3.0 is the latest version. This version is released 2008 . USB 3.0 provides 3.2 Gbit/s data transmission speed. There is also 900mA power support in order to change devices with USB cable.

This type is the first version of USB connector

LEARN MORE  What Is Computer Mouse and How It Works?

This type of connector is second generation connector

This type of connector is second generation connector

Type-c connector is new generator connector mainly designed for more data transfer with USB 3.0 and have comfort to plugin easily without ping selection.