What Does CPU(Central Processing Unit) Stand For? – POFTUT Skip to content 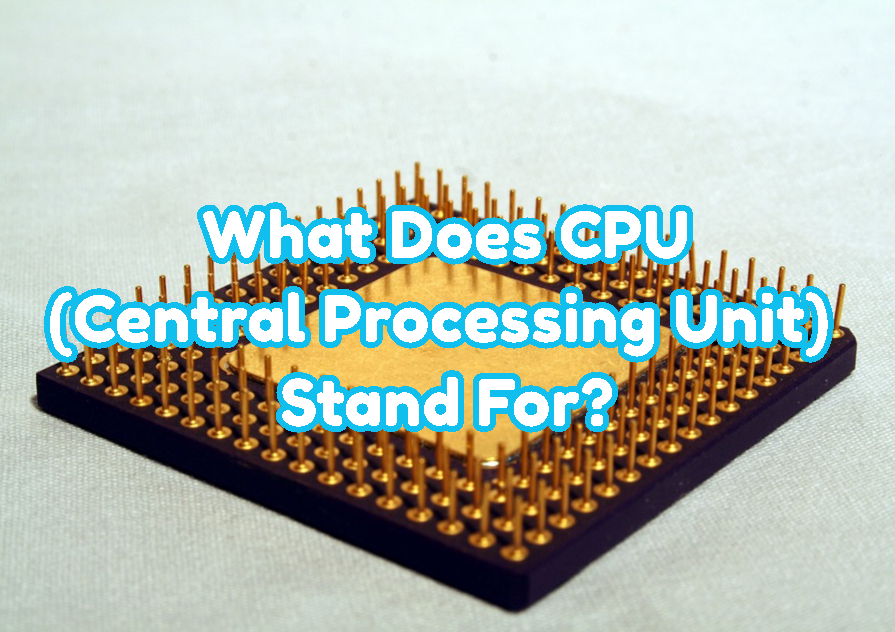 What Does CPU(Central Processing Unit) Stand For?

Well, we will talk about the CPU as a Central Processing Unit because it is the most popular usage. Every computing system requires some computing unit which is generally named as the Central Processing Unit. CPU simply provides some computing capabilities to the given system in order to manage the whole systems and incorporating components and process given data with given instructions.

CPU For PCs, Workstations, and Servers

CPU For Tablets, Smartphones, and Phones

Generally, ARM CPUs are used for Tablets, Smartphones, and Phones where they are generally used for daily tasks, education, and gaming. ARM CPUs have very low power usage with a satisfying performance.

Embedded Devices, TVs and Cars are consumer devices that are recently used with some intelligent capabilities and the internet. These devices also provide some CPU in order to process and run some operating systems and applications.