What Does HTTP Stand For? – POFTUT Skip to content 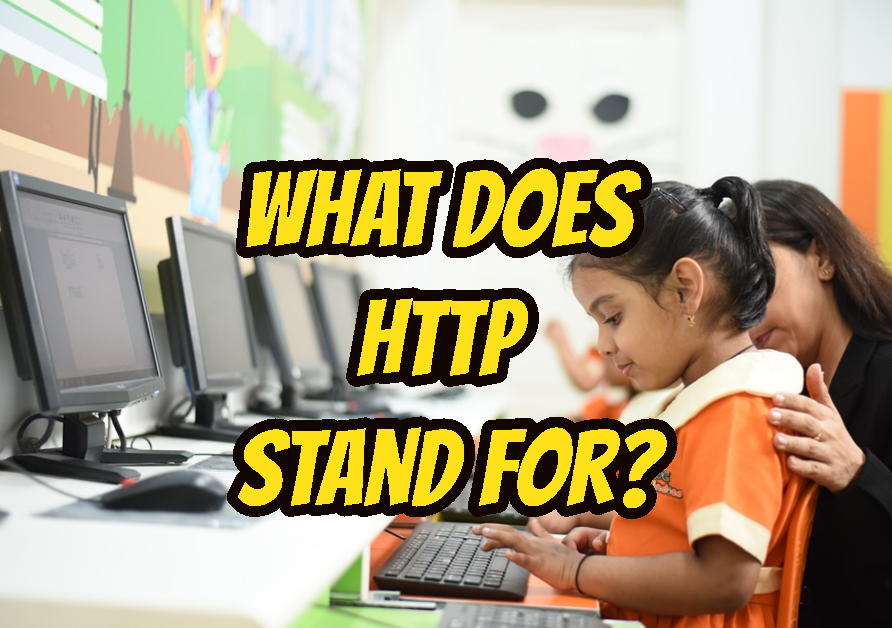 HyperText Transfer Protocol simply HTTP is a protocol designed to transfer web resources like HTML, Video, Audio, Picture, etc. over the web between client and server. HTTP can be used by different applications but the most popular one is a web browser where the user simply navigates or surf on web pages.

World Wide Web is created in 1990 in order to share information in different formats over the world. Because of its structure, it is called the web which is worldwide which can be accessed all over the world to the other world parts. HTTP works over WWW and acts as a part of WWW.

Uniform Resource Locator or URL is the path for a given resource which is generally a web page. URL is used inside the HTTP requests in order to specify single or multiple resources and web pages.

HyperText Transfer Protocol or HTTP is used to transfer HTML and related resources between clients and servers by using the URLs. HyperText means a text which contains some special data which is web page elements and contents. HTTP is a simple text protocol that uses ASCII and some encoding in order to represent data in ASCI or Unicode format. HTTP also provides some attributes which are defined below. HTTP uses the TCP port 80. There are different web servers which provide HTTP server function like Apache, Nginx, IIS, etc.

HTTP is standardized with the RFC 2068 in 1997. This version of the HTTP was HTTP 1.1 . With the RFC 2616 which is released in 1999. HTTP standard provide information about the basic rules, general syntax, date, character set, etc.

HTTP provides some attributes, features, and behaviors. Here we will list some of the most popular.

The HTTP request answered with status code which provides information about the request action. The status codes of HTTP are categorized into the following parts.

HTTP is a clear text protocol which means all HTTP data is transmitted over an unencrypted network. This creates security problems like eavesdropping. Especially sensitive HTTP data like banking, government applications, personal data. We can secure the HTTP traffic by encrypting is which will be named as HTTPS. The encryption is done with SSL/TLS protocols and certificates. HTTPS work as the same as HTTP but the only difference is the traffic is encrypted. The HTTPS uses TCP 433 as the port number.