What Is A Computer Virus? – POFTUT Skip to content 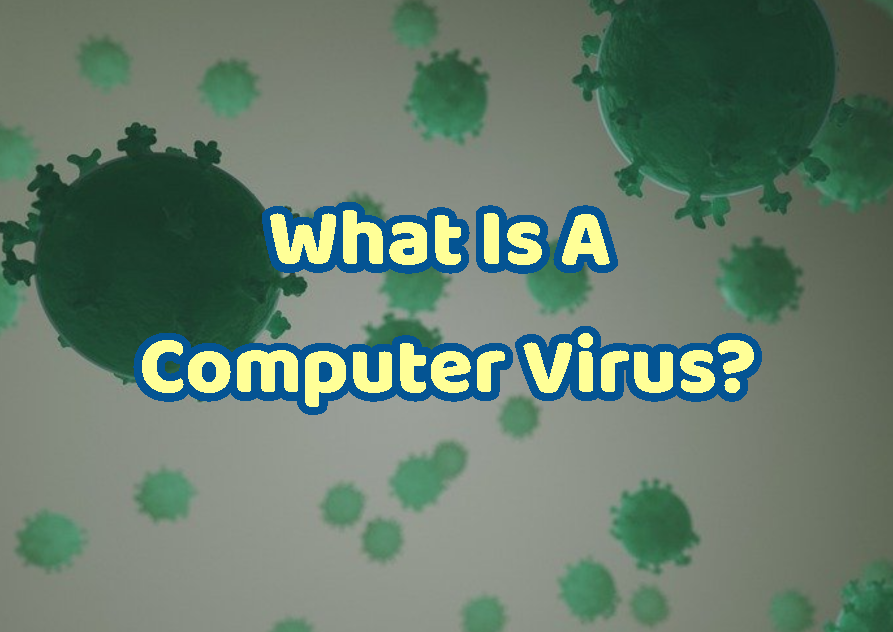 Computer viruses are created by hackers or Black Hat Hackers in order to gain admin control or use the target system resources in different ways to get gain. Viruses can be infected in different ways like social engineering, USB drives, downloading and running unknown apps from the internet, etc.

How Computer Virus Operate and Work?

Computer viruses are created by the black hat hacker as a special program that is very different from regular programs or applications. But even they are specially created they try to imitate a regular application that can not be detected by the users and virus protection programs called antiviruses.

History of The Computer Virus

Even computer viruses created in the 1940s are not like today computer viruses. The first modern computer virus is named as Creeper and created on ARPANET in the early 1970s. It was a simple program that is self-replicated on TENEX operating system. Creeper virus also provided the message “I’m creeper, catch me if you can! “. The creeper virus is deleted with the Reeper program which is also called first old-style antivirus.

The second popular computer virus is named as Elk Cloner which is written in 1981 by Richard Skrenta. This computer virus was infecting PC’s which has Apple DOS 3.3 operating systems and spread via floppy disk.

The term Computer Virus is first officially used by Fred Cohen in 1984 in an academic paper named Computer Viruses - Theory and Experiments.

Boot Sector Virus mainly resides in the master boot record MBR of the computer system or operating system. This means they are loaded during OS start and this makes them very hard to detect and remove. They are generally spread through removable media, CDROM, USB Drive, Floppy Disk.

Direct Action Virus is a computer virus type which is called a non-resident virus because it mainly runs on computer memory. This type of viruses generally store itself to the specific file types and starts itself after a computer reboot.

Resident Virus is the opposite of the Direct Action Virus where it stores and hides into different paths. They are hard to find and remove.

Multipart Virus is a virus that behaves in different ways like Boot Sector Virus, Direct Access Virus or Resident Virus.

Polymorphic Virus is like a biological virus that can change its structure and behavior. This type of computer virus is very different to detect and remove because of its multiple type views.

Overwrite Virus is a simple virus where it simply deletes or overwrites to the existing files. The destruction of this virus is very high because it will delete all data, files, and folders instantly without providing time to take against the action.

Spacefiller Virus is also called as Cavity Virus where it will fill up empty disk spaces. This type of computer virus does not cause any damage to the system.

Macro Virus is created with some scripting language to run on the target operating system. Macro Virus can also run on different applications like Word, Presentation and Excel tools.

Computer viruses can infect in different ways to other computers. Spreading way is also deciding the virus type and behavior.

Floppy Disk is the oldest way to spread and infect other computers. By today as the floppy disk is not used anymore this way is absolute.

Internet or Web Site is the most popular way to spread a virus via a specially crafted and social engineering web page.

USB Drive is another popular computer virus infection way that was popular in the 2000s and early 2010s.

There is a lot of ways to protect computers from different types of viruses. Below we will list some of the most efficient and useful ways to prevent virus infection.

Virus vs Trojan vs Malware

With the advancement of the computer-related cyber attacks, the new attack types and threads are created and named. The virus is a very old thread where trojan and malware terms are a lot of newer terms used in cybersecurity. In this part, we will compare them for different aspects and show similarities and differences.

Virus is actually a type of the malware where Malware the term is a generic term used to define different type of threads like Spyware , Worms , Trojans . So viruses and trojans are some types of malware.

Trojan is similar to the viruses where it is more stealth and mainly created to steal personal and financial information without harm. Their main aim is being run without unnoticed for a long time by getting valuable information from the targets to the attackers. So a trojan will not show detectable signs or harm the target system which will make it visible.