What Is Apache Kafka, Use Cases, Advantages and How To Install and Use Apache Kafka? – POFTUT Skip to content 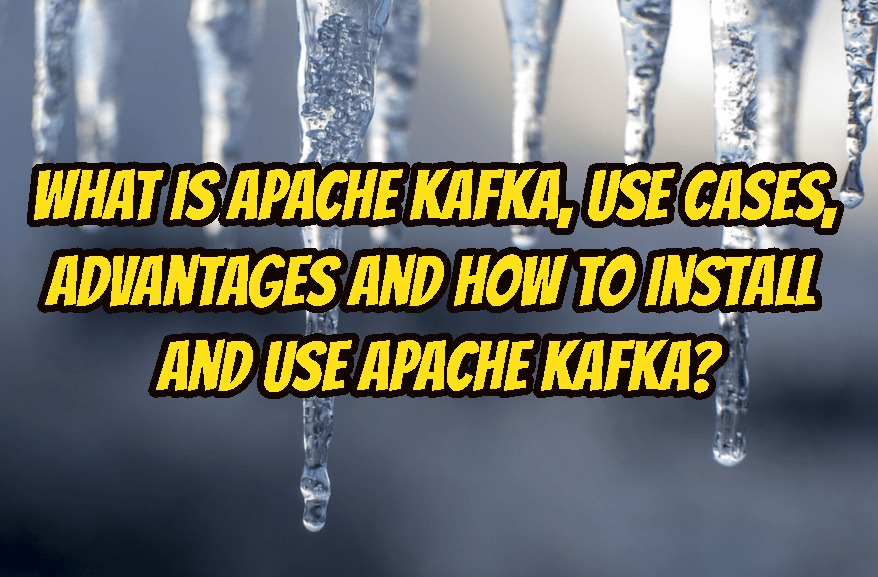 Apache Kafka provides a lot of benefits to the owners but some of them are very important where they are listed below.

We will download Apache Kafka from the following link. This link provides us nearest mirror to download.

In this case, we will download on Ubuntu with the wget command .

We will extract the downloaded file with the tar command like below.

And we will enter to the extracted directory

Now we can start the Kafka Server by using kafka-server-start.sh with the configuration file named server.properties.

We will see the configuration like below in the console messages.

We can send some message to the created topic with the kafka-console-consumer.sh like below.

We can consume the messages in the provided topic with the kafka-console-consumer.sh like below.

Apache Kafka can be used in different cases. In this part, we will list the most convenient and popular of them.

Kafka can be used for message broker. Kafka is designed as a robust, stable, high-performance message delivery.  In comparison to most messaging systems, Kafka has better throughput, built-in partitioning, replication, and fault tolerance which makes is a good solution from small scale to large scale message processing applications.

LEARN MORE  What Is Nagios?

The original use case for Kafka was able to rebuild a user activity tracking pipeline as a set of real-time publish-subscribe feeds. Activity tracking is often high volume as many activity messages are generated for each user page view.

Kafka can be used as operational data monitoring. This involves tracking and distributing metric to the different producers and consumers like web, mobile, desktop.

Apache Kafka can process stream data easily. Stream processing can be done in multiple stages where input raw data can be aggregated, enriched, or transformed into new topics for further consumption.

Kafka can be used as external commit-log for the distributed system. The log can be used to replicate data between nodes and act as a re-sync mechanism.

Apache Kafka has a very simple architecture from the user’s point of view. There are different actors that are used to create, connect, process, and consume data with the Kafka system.

Producers will create data and provide this data into the Kafka system via different ways like APIs. Producers also use different programming language SDK and library to push data created by them.

Connectors are used to create scalable and reliable data streaming between Apache Kafka and other systems. Thes systems can be databases, file systems, etc.

Consumers are the entities that are mainly getting, using, consuming Kafka provided data. Consumers can use data from different topics that can be processed or not.