What Is Arch Linux? Why Use It? – POFTUT Skip to content 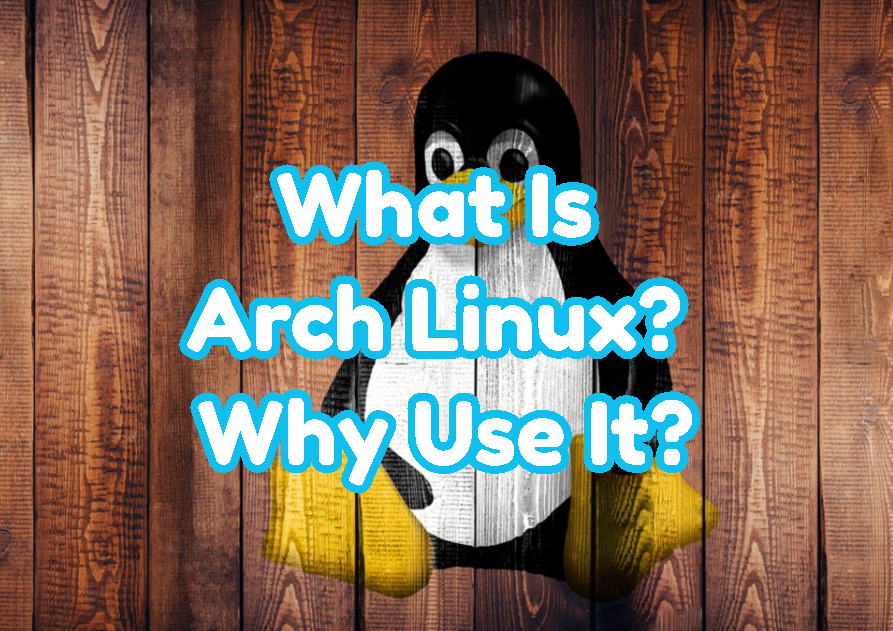 Arch Linux is a Linux distribution that is created for simplicity, optimization, modernity, pragmatism, user centrality, and versatility. Arch Linux is different from the mainstream distributions like Debian, Ubuntu, Mint, Kali, Fedora, CentOS, RHEL, and SUSE with its package management system and philosophy. Arch Linux adopts the rolling release model which means there are no a milestone or major releases for new versions.

Arch Linux is inspired by CRUX Linux distribution which is simple and efficient. Judd Vinet started the Arch Linux project in March 2002. Originally the first version was compatible with the 32-bit x86 architecture but x86_64 support came in April 2006. The Arch Linux creator Vinet stepped down and transferred the project to the “Aaron Griffin” in October 2007. In February 2020, Aaron Griffin transferred the project to the Levente Polyak. The 32-bit support is dropped in January 2017.

Arch Linux is based binary packages which are compiled for speed on modern hardware. Also ports/ebuild-like system is provided for automated source compilation for customization and speed. Arch Linux focuses on simplicity with less details without providing polished interfaces and actions. As an example the package manager Packman do not have any official GUI front-end to make things simpler and straightforward. The system configuration is simple and clean which can be transferred into different versions. This made the Arch Linux popular between “advanced users” and “geeks” popular who are eager to use command line.

Core repository contains all the packages required to install and use a base/basic system.

Community repository stores packages builts and promoted by the community by voiting.

Arch Linux provides a lot of advantages over other Linux distributions. Below you can find some major advantages of Arch Linux.

Arch Linux provides very Customizeable Installation Process . You can configure every detail you want which can be a great advantage for different needs.

Arch Linux provides very Straighforward Update or Ugrade without need to make major upgrades or catastraphic changes. This is mainly related with the rolloing release architecture of the Arch Linux.

Yes Pacman Package Manager is another advantage of the Arch Linux where it is very simple and faster than other package managers like apt, yum, dnf, apt-get, etc.

Arch Linux is very Original and different from other distributions. It has its own style, philosophy, attributes, and features than Ubuntu, Debian, Fedora, CentOS, Suse.

Manjaro Linux is derived from the Arch Linux where it is more user friendly with some useful features, menus, and packages.

Learn Linux with the Arch Linux distribution because it is simple and lean where every detail of the operating system can be changed easily.

Even Arch Linux provides a lot of advantages where are some disadvantages for some cases.

Complex Installation Process maybe a problem for you because you have to configure a lot of different details and requirements.

As an original Linux distribution, Arch Linux, is Not Mainstream which can be a problem in some cases.

Even being a stable distribution if the Arch Linux is broken it is Difficult or time-consuming to repair.

Arch Linux is minimalist and this Minimalist Approach may Confuse New Users.

Even very good, helpful community the Arch Linux has More Smaller Community Than Other Distributions.