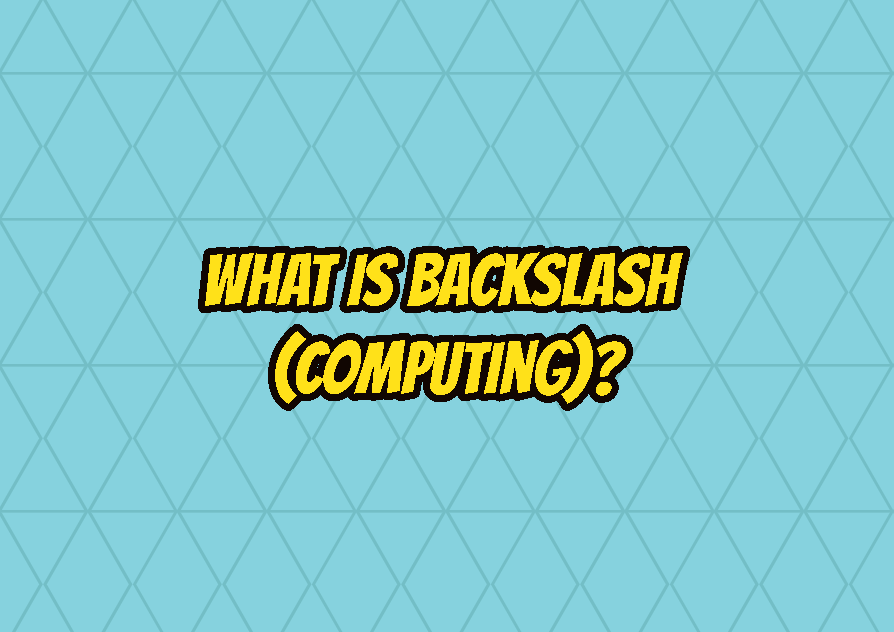 A character backslash can be located in different locations of a keyboard which is mainly related to the keyboard language and culture. For example for US-based keyboards for different variations, the backslash is located above the SHIFT key and between " and Enter keys.

In this example, the backslash is used to provides directories and partition C: , Program Files , Microsoft , Internet Explorer .

Most of the modern programming languages also use single slash with the n character \n to define a new line.