What Is Bandwidth (Computer Network)? – POFTUT Skip to content 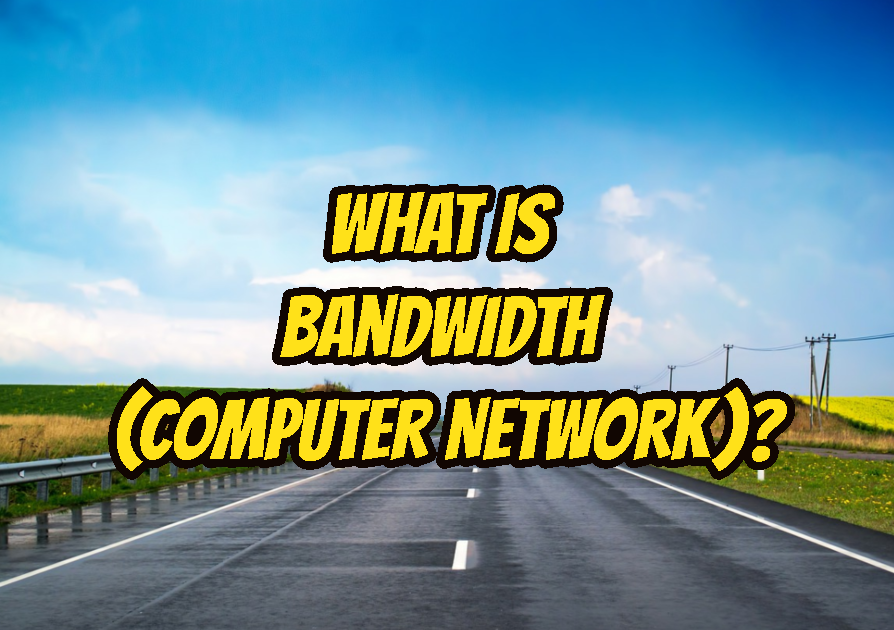 Bandwidth is a term used to express the total capacity of network transmission in a single second. It provides the maximum rate of the data transfer for a given path or connection in the computer network. Bandwidth also called Network Bandwidth, Data Bandwidth, or Digital Bandwidth where generally all of them refer to the same term bandwidth.

As a rate or network capacity, term bandwidth can be expressed by using different rate or capacity units. The used bandwidth unit is mainly related to the given technology but following bandwidth units are popular today.

Computer network uses different technologies with diferent bandwidths. Below we will list some of the most popular and known network technologies and their bandwidth.

Every network or online application uses bandwith with different sizes. Below we will provides infomation about which applications or activity requires how much bandwidthin general.

Chat will requires less than 1kBit per second in most of the cases which is generally simple text. But if we send of receive an image or video the bandwith usage will be higher.

Radio and Mp3 requires 32 to 320 kBit per second which changes according to the sound quality.

Internet surfing and email sending requires 1 to 6 Mbps which can change according to the concurrent user count.

DVD Video requires up to 10 Mbps bandwidth in general.

Bandwidth and speed generally misunderstand or not fully understood. Think about road lanes. Bandwidth is the count of the lanes where higher lanes can be used more cars but the speed of the car is the speed which will move cars or packets to the destination faster.

Latency is the delay of the package arrived and there is no specific relation with the bandwidth. Latency is related to the speed where the switching and routing will create delays about the delivery speed.

Throughput is a total data transmission for a specified time range. Throughput is mainly related to latency, network speed, packet loss, and bandwidth. Bandwidth is one of a factor of the throughput.

How To Measure Bandwidth?

Bandwidth can be measured in different ways but we can find different services in on the internet in order to measure our internet connection bandwidth. speedtest.net is one of them where we can measure bandwidth with different locations for single or multiple connection.

PING ms is the delay of our network connection which is 18 millisecond in this example.

UPLOAD Mbps is the upload bandwidth which is 2.78 Mbps in this example.