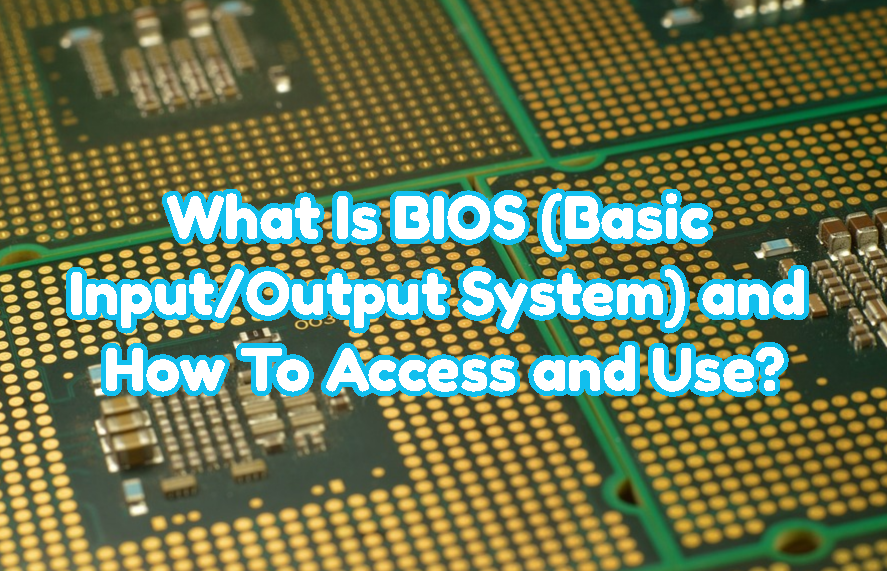 Basic Input and Output System simply know as BIOS is the first thing that is loaded by the computer. BIOS is designed to initialize a computer properly and load the real full features operation system like Windows, Linux, etc. BIOS is a low-level software where it provides very little but crucial features for its users.

BIOS has some basic functions in order to start the computer and load the real operating system properly.

How To Update BIOS?

LEARN MORE  How To Compile Linux Kernel From Source Code?

How To Open BIOS?

As BIOS is the first software or operating system loaded into a computer at the start of the boot we have to be fast in order to open the BIOS main screen. We can make some configuration about BIOS, System Hardware, etc. BIOS manufacturers generally use function keys like F1, F2, etc to open the BIOS Configuration screen here are some of them. Also, information about the shortcut key is provided during boot.

Most of the BIOS software provides similar functions and screens. When we opened the BIOS screen with the F4 we will see the following screen. Main tab provides general information about the system.

LEARN MORE  What is Master Boot Record or MBR?

After opening the BIOS we can make configuration changes and we have to save, reload or reset these changes by rebooting the system. BIOS uses function keys like below.

One of the most used functions of a BIOS is changing the Boot Order Configuration. Generally, HDD is used to load the main operating system but in some cases like the installation of the operating system, we want to install OS from a DVD or USB. So we have to change the boot order configuration from the Boot page.

We can use +and - change the order by selecting it. When we completed the boot order configuration we can press F10 in order to save and exit with a reboot.

We can exit from BIOS with F10 by saving the configuration but there are other alternatives provided by the Exit menu like below.

We can do the following operations and actions if we want to exit from BIOS.