What Is CAT5 Cable Standard with Features and CAT5 vs CAT6? – POFTUT Skip to content 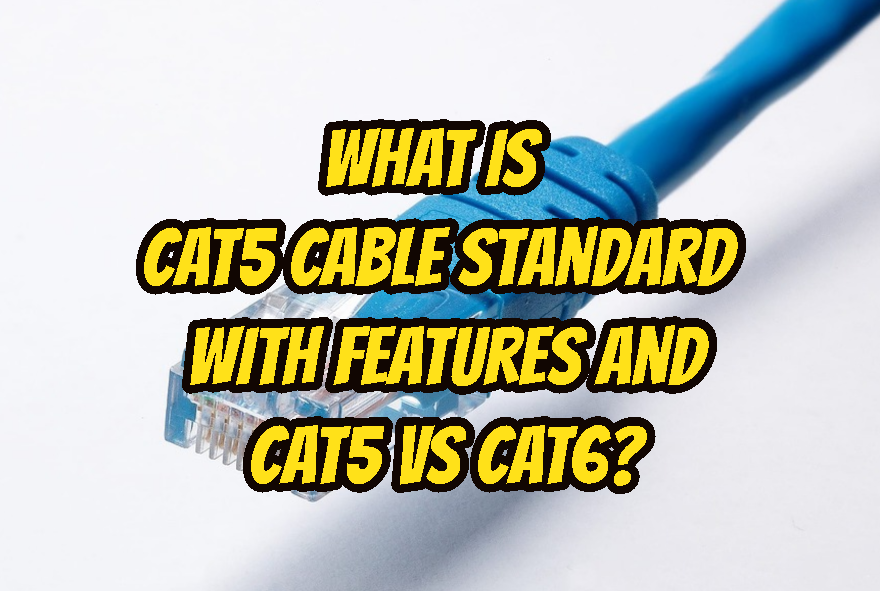 CAT5 or Category 5 is a copper cable used in computer networks and cable TV. It is popularly used in Computer Network start Ethernet which is very popular in LAN computer networks. Cable standards like CAT5 are defined by the Electronic Industries Association and Telecommunications Industry Association simple EIA\TIA. The naming of the CAT5 comes from Category 5 because it is the 5th generation cable standard which is superior to previous generations and versions like CAT3, CAT4, etc.

LEARN MORE  How To Get Mac Addresses Of Hosts With Nmap?

CAT5 cable has mainly two main types. These two types are named as solid and stranded.

Alternatively, CAT5 has a subversion named CAT5e which is explained below in detail.

CAT5e is updated standard for the CAT5. e in CAT5e stands for enhanced where some usage and capability of the cable is enhanced without a major change. CAT5e is designed to support Gigabit Ethernet speed which is 1 Gbps for the same range which is 100 meters. In standard CAT5 there are 4 copper lines where only 2 of them is used. With CAT5e the 2 free copper lines also used to increase the bandwidth and performance of the cable. Because of the CAT5e uses more copper lines which means more signal in the same lines the tests of the CAT5e is stricter then CAT5 cables.

CAT5 is used for a lot of different installations but after some time with the advance of the computer networks and equipment, it became insufficient. CAT6 is designed to be superior to CAT5 in speed, range, consistency, etc. Here we will compare both cabling standards CAT5 vs CAT6 in general.