What Is Coaxial Cable and Hot It Is Used? – POFTUT Skip to content 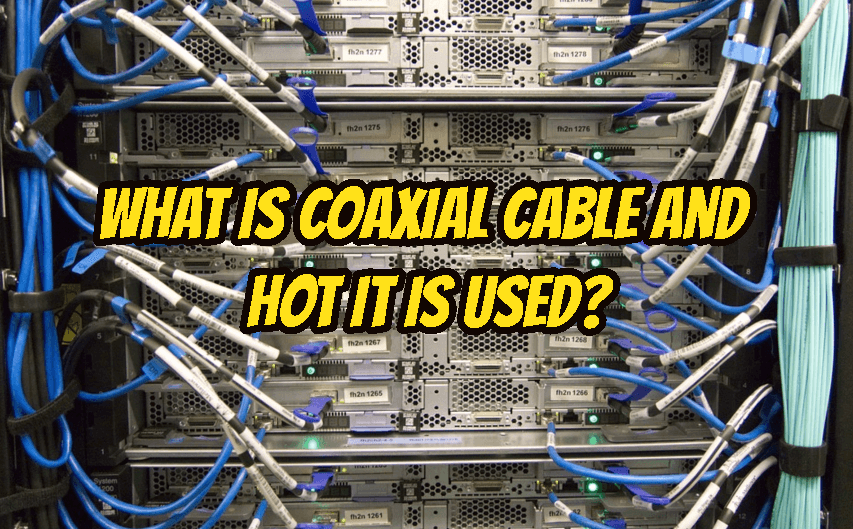 Coaxial cable was invented in 1800 by an Engineer and Mathematician Oliver Heaviside and patented this invention. The first intercontinental coaxial cable transmission is completed in 1940.

Coaxial cables can be different in type and use cases. According to their impedance, there are two types of coaxial cables which are 75 Ohm and 50 Ohm. Generally, 75 Ohm cables are used to transmit video signals where 50 Ohm cables are used to transmit data like a computer network. Higher Ohm values will transmit signals shorter ranges but the signal quality stays better. Lesser Ohm values will transmit signals to the longer ranges. Mainly there are following Coaxial cables exist which are explained in detail.

LEARN MORE  All About Ethernet Cables Like Cat, Coaxial, Fiber

RG-6 type coaxial cable has larger conductors where they can provide better signal quality. They have thicker insulation which allows handling GHz level signals more efficiently. Generally used for TV antennas for the walls and ceilings.

RG-11 is a cable which is thicker than most of the other type of coaxial cables which makes it difficult to work with. But this type of struct makes it able to carry the signal to the loner distances according to RG-6 and R-59.

RG-56 is a very common coaxial type where it can be used for domestic usage which is similar to the RG-6. Its connector is thinner than RG-6 where it makes it a good choice for short runs and low-frequency transmission.

Coaxial cables are generally preferred in the 1990s because of its advantages. Here are some of them.