What Is Command Line and Command Prompt In Windows Operating System? – POFTUT Skip to content 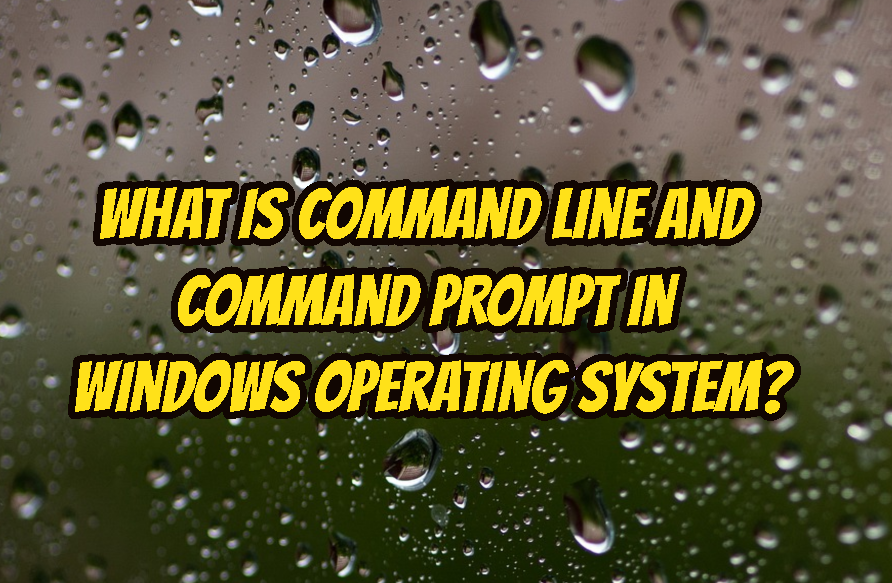 Command prompt or command line is a text-based interface used to run commands on the Windows operating system. Command prompt or command line is the generic name of the interface where it can be MS-DOS, PowerShell, or newly released Windows Terminal. In this tutorial, we will learn “What is Command-Line or Command Prompt?” with its uses, commands, scripts, and batch files.

We can start MS-DOS command prompt in different ways but we will examine the most simple and popular ways to open MS-DOS prompt. Open the Run with WIN+R keyboard short cut or from the Start Menu. And then write cmd.exe or  cmd then press enter.

We will see the following MS-DOS command prompt.

We can open a PowerShell command prompt in different ways. First from the Start Menu write PowerShell to the Search/Run Box where PowerShell will be listed like below.

Or we can open from Run which can be opened with the WIN+R keyboard shortcut and write the powershell to the box like below.

Windows Terminal is the latest command prompt provided by Microsoft. It is released in 2019 which provides modern terminal features that are already provided by most of the Linux terminals. Windows terminal is actually just a GUI that can provide both MS-DOS and PowerShell command line in a tabbed manner.