What Is Computer Hardware and Components? – POFTUT Skip to content 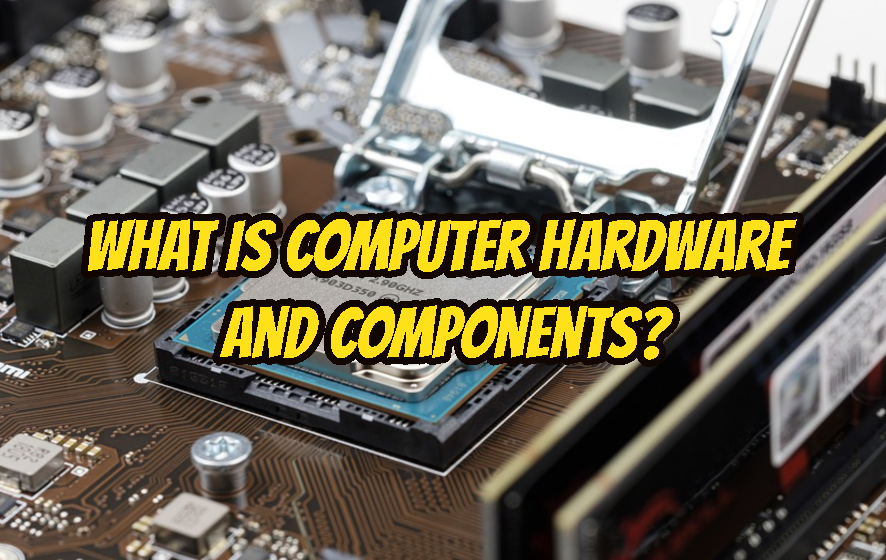 Computers are a complex system where it has a lot of different components and parts. Here will list most popular of them. We will explain them in detail in the following parts.

While running a PC the operations and data should be stored in a memory where it is fast. Random Access Memory or RAM is the memory where all actively used data is stored. RAM provides volatile memory where when the computer is turned off all its data is lost which is an advantage because this provides speed to the RAM. Higher memory or RAM means we can run multiple applications in the same time.

RAM is used for volatile memory to store data while running computer. We also need some persistent memory which will be stored even the computer turned off. Hard Disk Drive (HDD) is used store data permanently where it can be changed explicitly too. SSD is a new flash technology which provides faster data read and write performance for disks.

Optic Drives or CDROM/DVDROM is used to store data in CD/DVD in optical ways. So transmitting and storing big data can be done very cheaply. But with the current advenements in USB Flash Drives and internet,  CD and DVD has lost its popularity.

LEARN MORE  What Does CPU(Central Processing Unit) Stand For?

What makes a computer real computer is a connection to the internet or an intranet. In order to connect internet, we have to use some computer network and its resources. The connection is generally done with a Network Interface Card (NIC) which is generally an Ethernet Card or Wireless Card.

Monitor output hardware where the computer software interfaces and applications output are shown. Monitors connected to the GPU or Mainboard via VGA, HDMI, DVI connection and show the operating system, application GUI in a graphical manner.

The mouse is input hardware where the mouse in the operating system can be controlled. The mouse is used to click, select different functions, button, windows which can be seen from the monitor.

The keyboard is another important input hardware where we mainly provide commands, text, numeric data into the computer software like browser, word processor, etc. Keyboards are generally designed to the according to the user’s language and alphabet but generally will be compatible with the English language and letters.

1 thought on “What Is Computer Hardware and Components?”