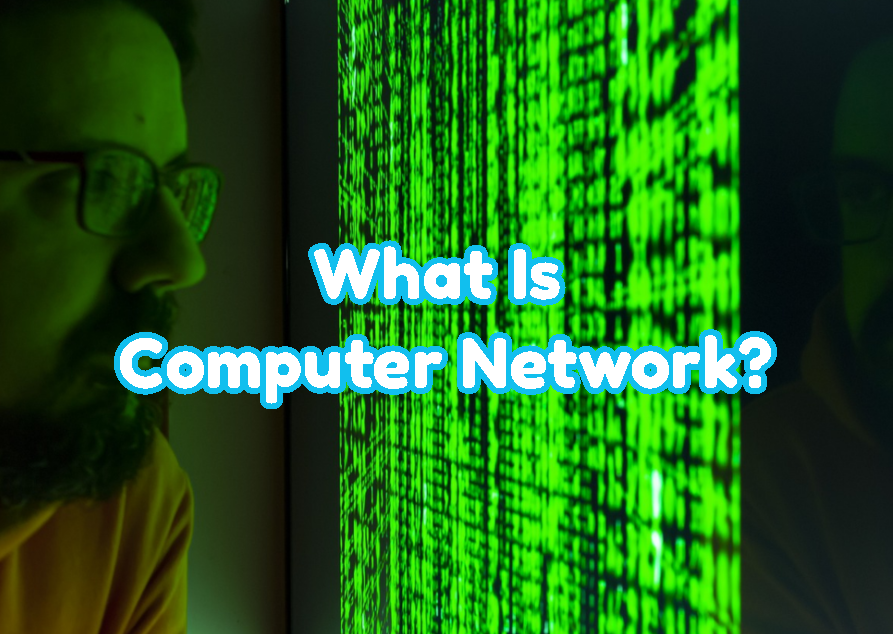 A Computer Network is a group of computers connected to each other via a network. This network is used to transmit data between different computers. A computer in a network is called a node.

Computer network history goes back to the 1950s where computers were so new. Below we will list some of the important points of the computer network.

LEARN MORE  What Is Server Farm?

Computer networks are categorized according to their range and physical distance.

Personal Area Network or PAN is the smallest computer network that is mainly used to connect devices used by humans. Bluetooth is the most popular PAN protocol used to connect smartphones, speakers, and personal devices.

Local Area Network or LAN is the most popular network type where nodes/devices/computers are connected in a limited distance like the same house, same floor, same room, or same building. LAN nodes use Ethernet for transmission between each other.

Metropolitan Area Network or MAN is used to connect devices for long distances like in a city.

In Bus Topology all computers are nodes are directly connected to a common medium like bus way and stations where stations are nodes.

In Star Topology all computers are connected to a special central node which is generally a network device. The nodes and connections are similar to the star.

In Ring Topology nodes/computers has connected to the left and right node/computer. This will form a ring.

In Fully Connected Topology all nodes/computers are connected to each other. This is very expensive to implement and hard to operate.

In Tree Topology computers are nodes of the tree. This tree has a hierarchycal connection between nodes and networks.

In order to create and run a computer network some of the following devices are required.

Server is a computer type where provides data and services to be used by other hosts. Server have services to serve some information and use computer network for the transmission of data.

Router is important parts of the computer networks where they route data between different hosts or servers. Routers store the routes to the different networks and redirect packets properly.

Switch is another important network device for a computer network that is used to connect multiple hosts and servers with the routers. The switch works on OSI layer 3.

Hub is a old type network devices which is similar to the switch.

Access Point is a computer network devices used to provide network connection without a cable via air.

Modemis a devices used to connect local network to the POP point which is generally the ISP.

LEARN MORE  How To Get Mac Address In Windows?

IP Address is a numerical representation used for the hosts and servers.

Mac Address is the address of the network interface card which is generally an ethernet or wireless card.

Port is a logical gate used to specify the local and remote service we want to connect.

DNS or Domain Name System is the protocol used to link names with the IP addresses like poftut.com is resolved to the 192.168.1.1 IP address.