What Is Constant Variable In Programming? – POFTUT Skip to content 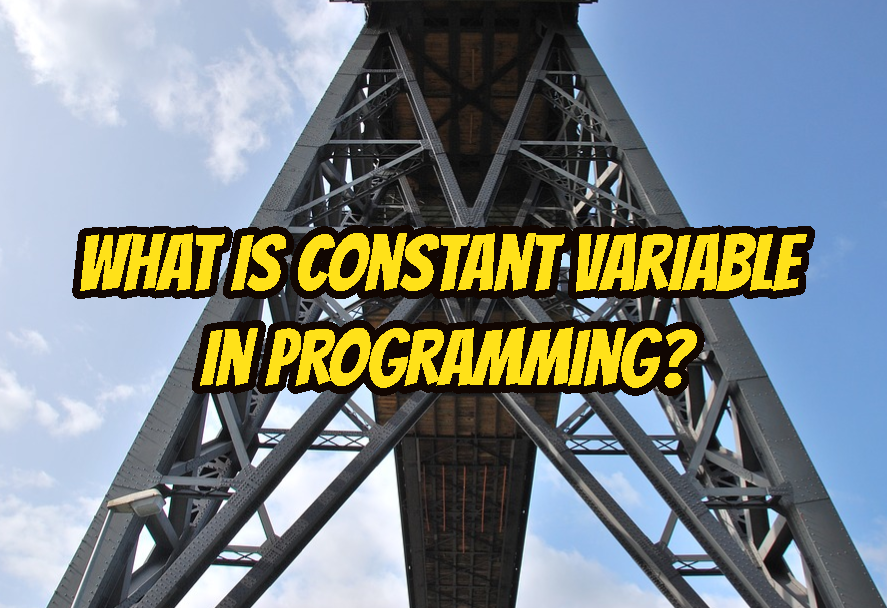 Variables are a very important part of programming. We define variables in order to store data in simple or complex forms. Constant is used to create a variable which value can not be changed. This may seem a bit strange but in some cases, it can be very helpful.

In general constant variable definition is very similar to the normal variable definition in most of the programming languages. There are some exceptions where we will learn them below. Normally variables values may change without any restriction. But in some cases like preventing to change data or damage, we may need to protect variable content or data from outside effects and changes. The general syntax of the constant is like below.

There are some rules while using constant variables.

JavaScript programming language provides the const keyword before the variable definition. But while defining the variable we will not use let or var keywords. In complex objects the object content can change one by one but can not be changed the object completely.

C/C++ programming languages use the const keyword in order to define constant. The variable which is defined as constant will be stored in the .rodata segment of the application. Below we define different types of constant.

It may seem that defined constants like age and name are both string but they are not. They are constant and do not have any type where every time they are used they will act according to usage position.

Java programming language also provides constant variables. In order to make a variable or object constant static and final  keyword is used. There are also other functions of the static keyword. Below we can see some constant variable examples.

LEARN MORE  What Is Static Keyword In Programming Languages Like PHP, Java?