What Is Disk Operating System (DOS)? – POFTUT Skip to content 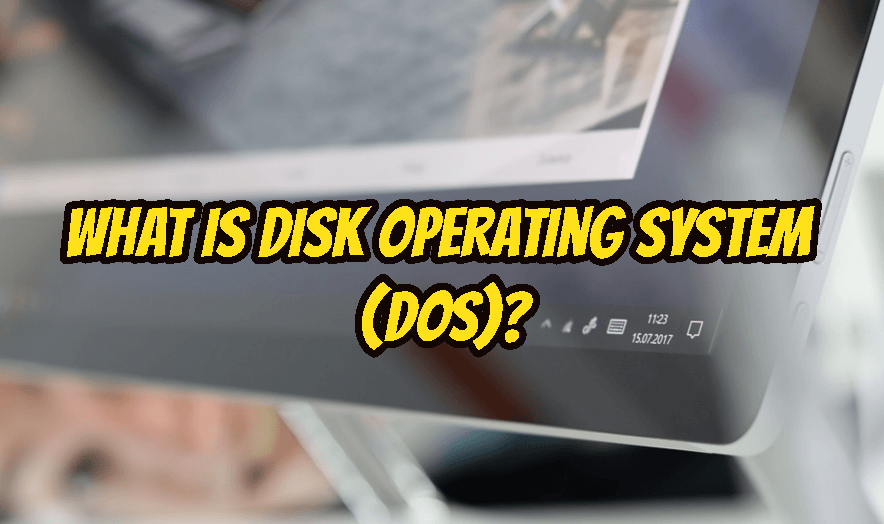 Disk Operating System or DOS is an old command-line based operating system which is developed by Microsoft. DOS operating system controls the hardware and peripheral devices of the computer and allows the applications and programs to run properly.

As we can see there are a lot of DOS operating systems that may be very confusing for most of us. Actually, all of them provide the very same functionality and compatibility and different for marketing efforts. Let’s compare them according to their similarities and differences.

DOS operating system has a long history which starts in August 1981 with the first IBM PC.

DOS is mainly used with the command line. DOS provides a lot of different commands to manage the current operating system and tasks. We can look following commands for more information about the DOS command line operations.

After PC-DOS version 4.0 DOS operating system provides GUI which has very low resolutions but interactive. This GUI generally consists of an application menu and panels which provide data. ed

DOS operating system provides multitasking features. Multitasking makes the multiple processes can run at the same time. This is a great feature which means while downloading a file or listening to music or we can play a game.

Multi-User features make the same computer can be used with different user names and sessions. All user’s data are stored in their private folders and their operating system and desktop related settings are stored too.