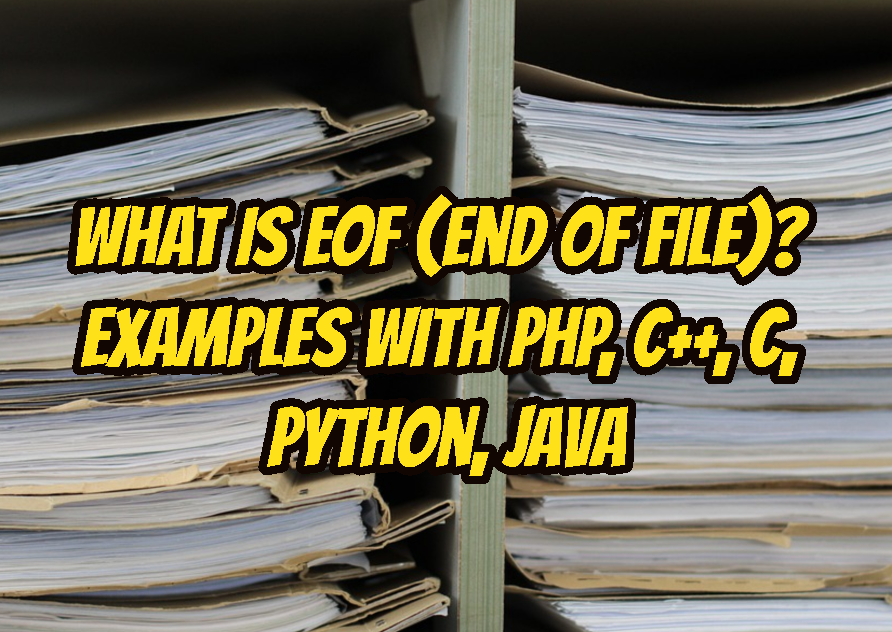 Files contain different types of data like text, image, video, headers, graphics, etc. All these data are stored in different encoding and formatting techniques but every file has an end which is named End Of File which sets the last by of the given file. In this tutorial, we will learn the meaning of the End Of File and relation with the popular programming languages like C, C++, PHP, Java, Python.

What Is End Of File?

Checking the end of the file is important especially developing applications. While reading a file to process, print or view we need to check the end of file in some cases especially in low-level operations.

In the following example, we will read the file named myfile.txt with the getc() function which will read a single character from a given file for each time. We will check the EOF after every read operation.

End Of File In PHP

End Of File In Java

End Of File In Python

In Python, there is no specific EOF function but we can use some techniques like checking line we read and determine the EOF. We will read the file line by line with while loop. If the end of the file is reached the returned line value will be null.