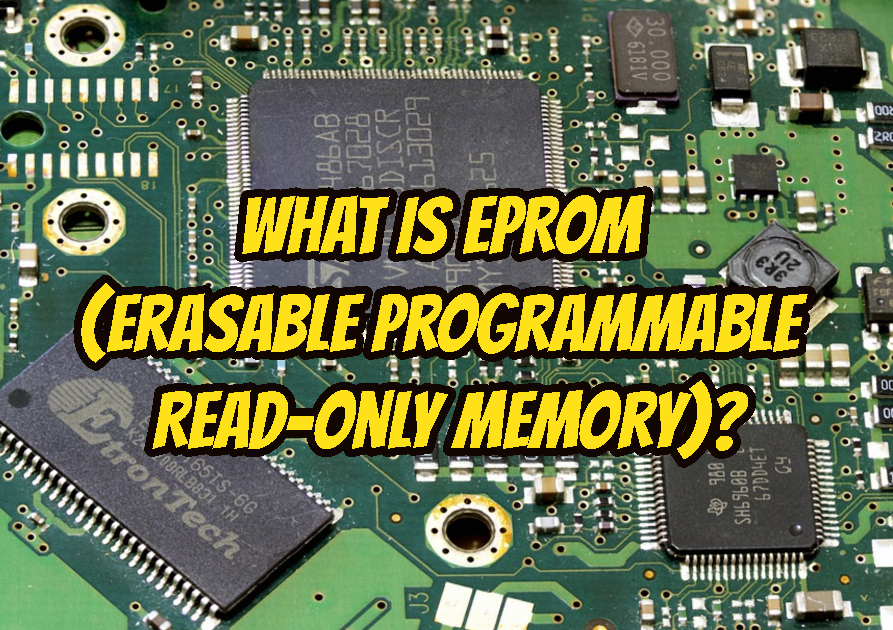 EPROM stands for Erasable Programmable Read-Only Memory. EPROM is a type of ROM where it can be erasable by using different techniques and programmable again with different data and code. In this tutorial we will learn what is EPROM, applications, programming, erasing, advantages and disadvantages of the EPROM.

EPROM is a non-volatile memory chip that is invented by intel in 1971 as read-only. But there is a technique where ultraviolet light is used to erase the EPROM if needed where new data and code can be written after that. The new data and code can be written into the EPROM easily. EPROM generally used in computer and server cases where there is no or very little light but if used outside of the case the window is covered with a label to prevent sunlight. In the manufacturing of the EPROM, MOS transistors are used to reprogram. We can call to write or store data and code into EPROM also reprogram which will set a new state for the program of the EPROM. EPROM can be erased and reprogrammed multiple times without a problem.

EPROM is a very useful hardware or mechanism where it can be used in different applications and areas.

LEARN MORE  What Is Pentium (Intel)?

The usage of EPROM can provide some advantages over other technologies like ROM, PROM, etc.

EPROM can have some disadvantages against more advanced technologies like EEPROM.

EPROM is very similar to the EEPROM but they have some similarities and differences.

LEARN MORE  How To Raid In Linux With mdadm?