What Is Exception and How To Handle An Exception In Applications? – POFTUT Skip to content 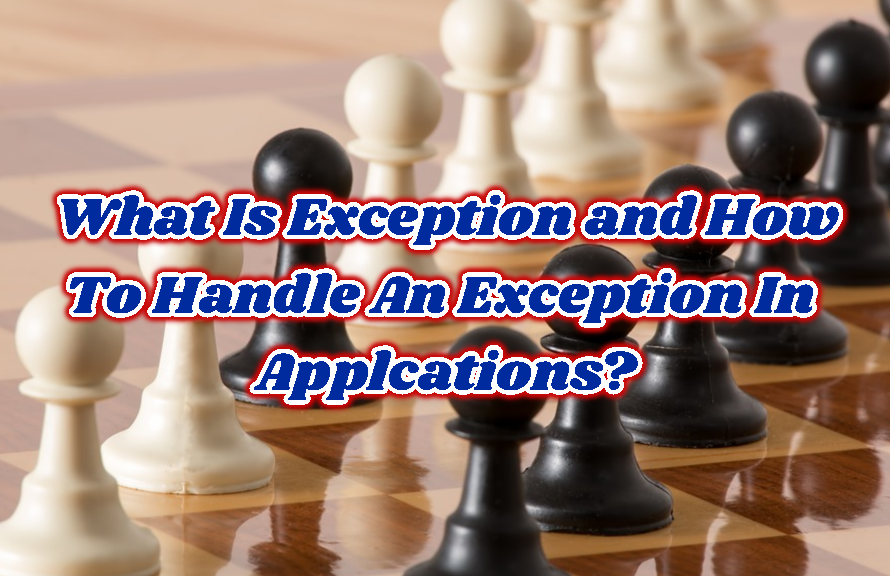 There is a lot of different type of exceptional cases. But some of them are very popular and faced a lot of time while applications development. Generally, exceptions are named with the library or class name of exception but in order to be simple and understandable, we will list them with the case name.

LEARN MORE  What Is Null Pointer Exception In Java and How To Fix?

Dividing by zero is one of the most popular exceptions. This is actually a mathematical exception which is not logical. We can not divide any number into 0 because of its unlogical and equals to the infinite. This exception generally categorized under ArithmeticException in programming languages.

Another popular exception type is trying to access or call or an unexisting item in an array. This exception is generally related with the using an index number which item does not exist. Think about we have an array named cars with 5 items but we call for 7th item which does not exist in cars arrays and will raise an exception.

Programming languages provide some short cuts to the programmers and developers like converting some type into another type without writing excessive code. For example, we can convert “45.3” string type into a floating number type. But is the string contains non-numeric characters like “a”,”!” etc this will raise an exception named Convert Incompatible Type.

Another exception type which occurs generally is Call To Non-Existing Object. This generally occurs when we call an unexisting object or function which is not properly initialized or created. For example Object.create() function does not return an object to the variable myobj and the usage of obj will rais an exception.