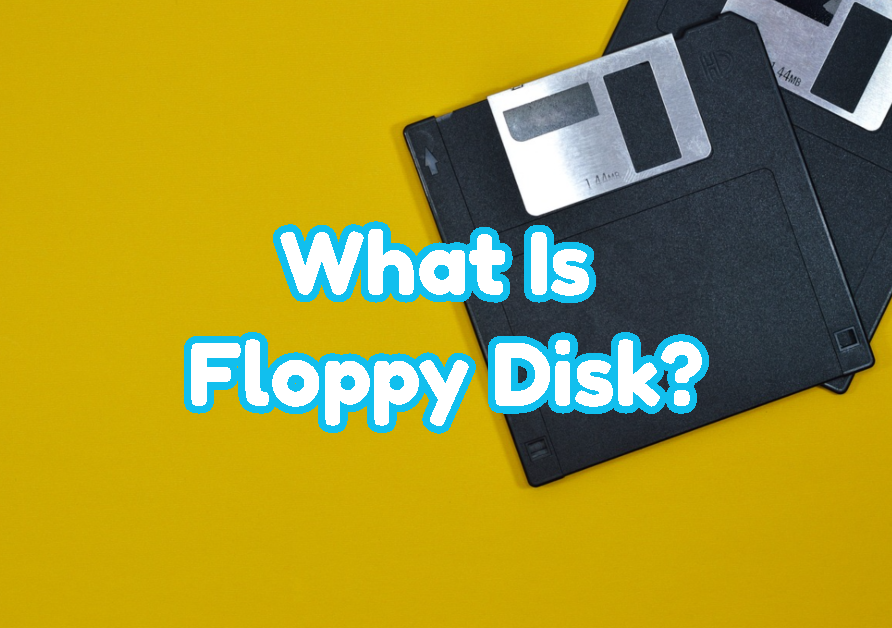 A Floppy Disk is a storage device that was very popular between the late 1970s and early 2000s. Floppy disk is named as floppy, diskette or disk. The device which is used to read and write data into and from floppy disk named Floppy Disk Drive.

Floppy disk shape is similar to the CD or DVD but smaller. Floppy disk uses magnetic methods in order to read and write data into the magnetic medium.

Floppy disks are developed in the late 1960s but became commercially available in 1971 as a component for IBM computers.

The first most common floppy disk size was 8-inch. As you expect it was very big according to others but it was acceptable during its time between the 1970s. With the advancement of the disk plate technology an 8-inch floppy disk can store 1.2 MB data.

5,25-inch floppy disk is a transition model where it provide 360 KB disk.

With the advancement of the USB Flash memory which is superior to floppy disks, the floppy disks lost their market share. Currently, floppy disks are sold as a 10, 50, or 100 pack. Generally Verbatim, 3M produces these disks.