What Is HTTP (Hypertext Transfer Protocol)? – POFTUT Skip to content 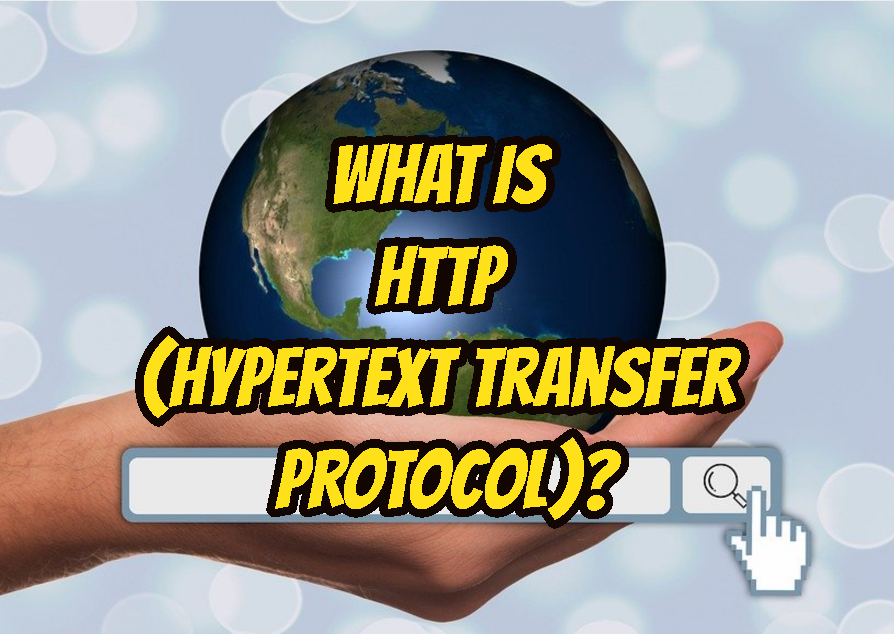 Hypertext Transfer Protocol or HTTP is a protocol used to transmit web pages and its contents like HTML, Image, JavaScript, CSS, etc. HTTP is used in a client-server model where the communication is generally started by the client and the server-side response to the client requests.

HTTP 2.0 is released in 2015 which was a big change got the HTTP protocol. It is documented with the RFC 7540. Most major browsers added HTTP 2.0 standard in a short time. HTTP 2.0 protocol was mainly based on a Google protocol named SPDY (Speedy).

Even not officially released yet HTTP 3.0 is almost ready as a draft. HTTP is mainly based UDP protocol which is also called as HTTP over QUIC

Before starting to explain the HTTP and how it works let’s provide some terminology and their meanings.

HTML is the resource identification language which is simply text. HTML uses tags that are generally represented visually inside the browsers.

Web Browser is a GUI client-side application where the HTTP requests can be initiated by using URLs or web site addresses and the returned HTML response is printed or executed with JavaScript.

URL is is an addressing scheme where different types of resources can be addressed which is generally a web page, javascript file, image file, etc for the HTTP.

JavaScriptis a dynamic scripting language that is mainly used in client-side and runs for the given web page inside the browser.

Web Server is the server-side system which provides different web resources according to the client requests. The web server runs daemons in order to respond in a fast way. HTTP is used the communication protocol between the Web Browser and Web Server.

As a client and server protocol HTTP is responsible for the transmission HTML, JavaScript, Image, CSS data by requesting from the Web Server. We can see below a simple HTTP session step by step.

HTTP communication is initiated with the request. Then the returned response is parsed and according to the content of the response, new requests can be initiated too. Below is an example HTTP request which is made to poftut.com.

GET / HTTP/1.1 is the HTTP request verb or mehtod which simply says that GET the document located in the / by using HTTP 1.1 protocol.

Accept specifies the resource types the web browser can accept.

HTTP Response is the response returned to the client according to its request. HTTP response generally provides some HTML code or Image file or CSS code or JavaScript code.

HTTP/1.1. 200 OK means the response protocol version is 1.1 and 200 is the HTTP status code for OK request completed successfully.

Server is the remote server software name and version with OS name.

Data is the date-time when the response is created.

HTTP provides some verbs or in other words Request Methods in order, to make HTTP requestion in different styles.

HTTP GET is used to get the representation of the specified resource. GET method simply used to get remote web site content and do not make a change on the remote site.

HTTP HEAD is similar to the get but will return only the HTTP Header or information and do not contains a body.

HTTP POST is used to send some data into the remote web server where generally client-side user input is sent to the webserver inside the body of the request.

HTTP DELETE will delete specified remote resources that are generally not used during a web experience for end-user.

HTTP TRACE will track changes between intermediate servers. This method is not popular too.

HTTP CONNECT will is generally used to connect proxy servers and create an HTTP tunnel.

HTTP PATCH is used to patch or modify partially the remote resource which is not popular too.

Every HTTP request is returned with a code which is called HTTP Status Code . This status code specifies the completion status of the request like successful, failed, server error, etc.

Informational 1XX status codes like 101, 102 is used to provide some information about the request to the client.

Successful 2XX status codes like 200, 202 are used to provide that the request is successfully completed.

Redirection 3XX status codes like 300, 302 are used to redirect the client to different URI or address.

Client Error 4XX status codes like 400, 404 are used to inform the client that there is an error related to the request.

Server Error 5XX status codes like 503 are used to inform the client that there is a server related error that prevents the request to be completed.

The HTTP protocol is created as a clear text protocol where there is no security in mind. But with the increasing cybersecurity threads the HTTP protocol became very vulnerable. The SSL/TLS tunneling is created for HTTP traffic to encrypt traffic. HTTP with SSL/TLS is called HTTPS simply secure HTTP. Event a regular HTTP traffic can be eavesdropped and read easily HTTPS traffic can be read in a meaningful way to get information about the traffic.