What Is Kbps (Kilobits Per Second)? – POFTUT Skip to content 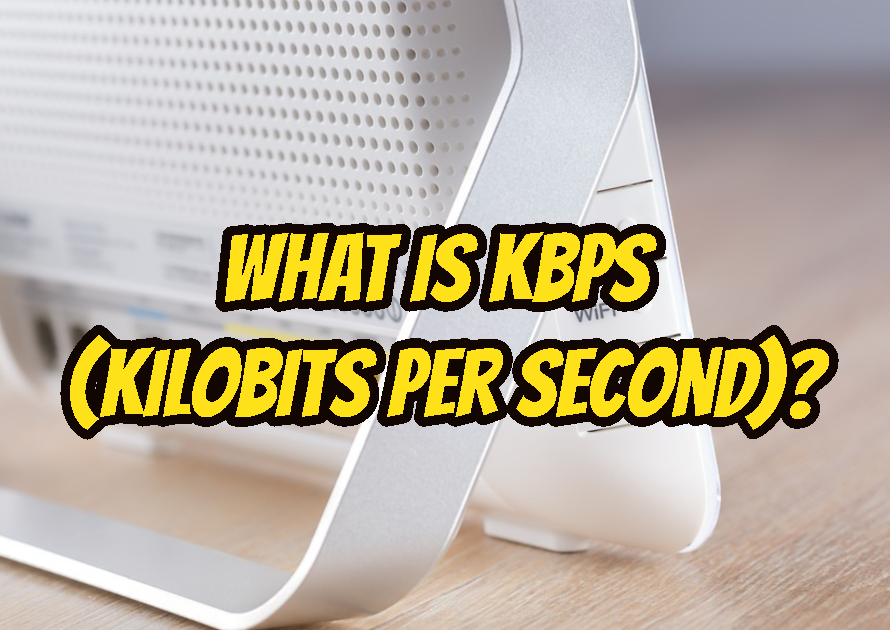 Kbps is a very popular term used in IT. Kbps is the short presentation of the Kilobits per second in order to specify the speed or data size which can be transmitted, executed, processed, etc. from the given service or device. Mostly Kbps is used to express the data transmission medium speed in computer networks.

What Is Kbps (Kilobit per second)?

Kilo means 1000 in IT which is derived from the Latin language. Bit is the most basic unit to express storage or size which can store a binary value 1 or 0. Per second is used to set the time frame which means in a second. If we stick all of these together Kilobits per second simply means the size which can be processed or transmitted in a second. In other words, we can say that 1 Kbps is 1000 bits in a second.

While reading we can see KBps term which is very similar to the Kbps. We can think that they are the same but it’s not. In computer terminology, b lower case b is used to specify the bit where B uppercase b is used to specify byte. The bit is not same with byte where 1 byte is equal to 8 bit. So Kbps and KBps are not the same units where KBps is 8 times larger/higher than Kbps. Let’s look at these examples to compare Kbps and KBps.

Kbps is mainly used to express the speed supported by different network devices like modes, routers, VPNs, Wireless devices, etc. But as the speed of these devices increasing the Kbps speed is irrelevant in these modern days. Throughout the 2000s and early 2000s, the Kbps term was popular with dialup modes which provide speeds like 14.4 Kbps, 28.8 Kbps, 36 Kbps, and 56 Kbps. Currently, Mbps and Gbps unit sizes are more relevant with the network speed for the internet, modem, router, etc. Also, some 3G technologies like GPRS and EDGE can use Kbps as speed units. Voice files have small sizes where their quality can be expressed as 320 Kbps where each second of Mp3 provides 320 Kilobits voice data.