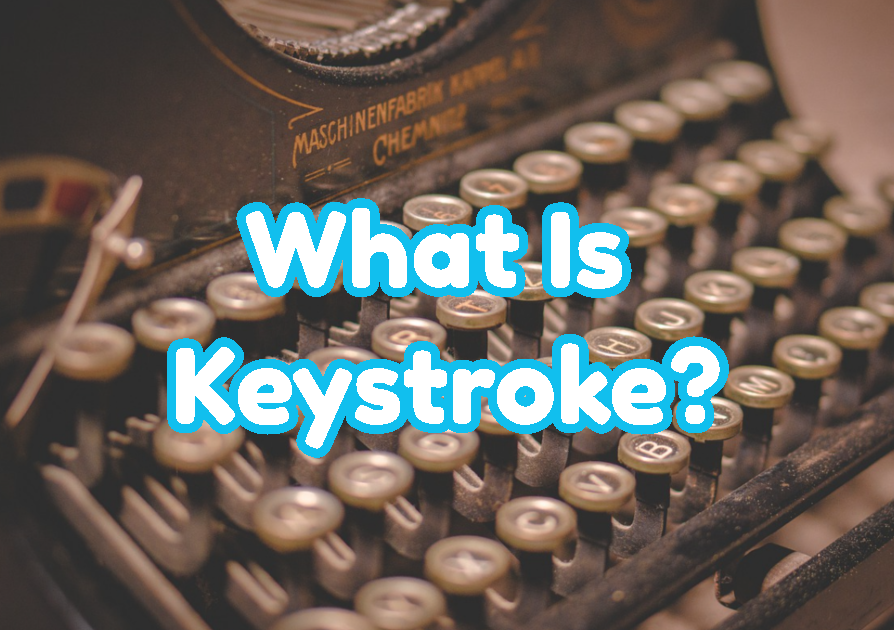 Below we can see a keyboard keys that can be easily pressed which will send input into the system which is generally a computer. In order to make keystroke easy, fast and reliable keys contain arc under them which will push back the key into its previous position automatically. Also, keys contain some spaces between then in order to prevent accidentally wrong keystrokes.

Create A Text : Creating a text is one of the most possible reason to make keystrokes. Generally a text contains a lot of sentences, words and characters which can be typed with keystrokes.

Run Command : Commands can be executed with the key storekes. Especially Enter is the most popular keystroke which is used to start execution of the typed command.

Keystroke Logging is a popular term used to describe the act of logging the keystrokes into a file or remote system. Keystroke logging requires some small application which will run continuously and listen for keystrokes. According to the situation, the tracked keystrokes can be written into a file or send to the remote system if there is a network or internet connection. Keystroke logging can be done with methods like Hypervisor-based, Kernel-based, API-based, Javascript-based where all of them are technical and complex methods. There is also hardware-based keyloggers which is generally little USB devices and connected to the system USB ports.

Tracking Workers : Especially in the remote work systems keystrokes provides important metrics and information about the worker. Keystroke logging can be used to track and monitor the workers efficiently and work ethics whether they are working properly or not. But keep in mind that the worker should be aware of that he/she is tracked and this can be a legal issue in some cases.

Spying : Well first of all spying is illegal but different groups like black hat hackers, gray hat hackers, governments use spying where keyboard stroking is a method for spying.