What Is LAN (Local Area Network) and Compare With MAN, MAN? – POFTUT Skip to content 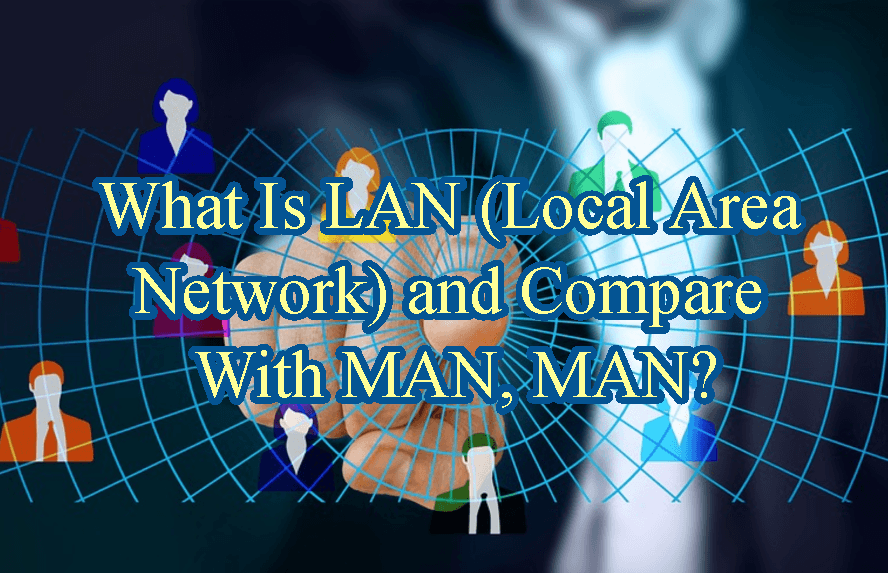 LAN will have a very simple topology where some equipment or components are used. In order to connect multiple computers in a single LAN, we can use the following LAN components and equipment.

Ethernet is a Computer network protocol that is the most popular and defacto protocol for LAN. Ethernet provides an easy, fast, stable, and cheap implementation LAN. Ethernet mainly uses switches and network interface cards with Medium Access Control or MAC address in order to transmit data between computers. Ethernet protocol can use different cabling like Coaxial, Copper, CAT5, CAT6, or fiber.

LAN switch is the main component of a LAN. A regular LAN switch consists of multiple Ethernet ports. There are different port number options but generally, 8, 12, 24 are popular for LAN switches.  As its name suggests switch is used to switch ethernet packages between different ports.

Another important component for LAN is Network Interface Card a.k.a. NIC. NIC is a component located in a PC, Laptop, and provides an ethernet port. A cable will connect between NIC port and Switch port where data will be transferred. NIC generally uses an Ethernet protocol in order to communicate with the LAN switch.

LAN’s are a very popular technique to connect multiple computers. But there may be some needs to isolate some computers from others in the same physical LAN. For example, if we want to connect guests, workers, and servers into the same physical switches this will create some security or performance problems. We can use Virtual LAN which will isolate multiple systems from each other logically. Virtual LAN will behave like a separate switch in a physical switch.

LAN and  MAN is a different type of terms used to define the network range and features. In this part, we will compare them with LAN.