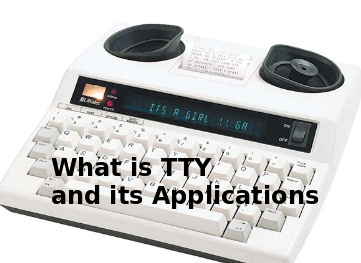 In the old times of Unix and BSD where Windows was not born the systems were very different. Computers were big and heavy but very weak according to these days. The use cases and system architectures were very different too. If we need to connect a system we generally need TeleTYpewriter TTY. TTY provides a text-only console to the systems. They are very limited in bandwidths and speed. Old days teletypes used to send data over serial lines which is very slow according to today’s networks and connections.

TTY usage resumes even today. Most of the Linux distributions provides TTY’s. As stated before TTY’s are text consoles to the systems. When a Linux system like Ubuntu, CentOS is started is spawn TTY’s. We can access these TTY’s by pressing Ctrl+Alt+F1 .to Ctrl+Alt+F7 . In some distributions this may be less or more.

Last console is preserved for graphical usage in Linux distributions. So we can access this TTY with Ctrl+Alt+F7 . We actually call this as Desktop.

TTY vs. Console vs. Shell

While speaking about terms like TTY, Console and Shell they generally used interchangable. In general terms this is not a problem but they are slighty different things.

TTY provides text input/output environment and this is a generally a logical or soft entity.

Console is a physical terminal which is generally runs TTY