What Is LLVM? Getting Started with LLVM – POFTUT Skip to content 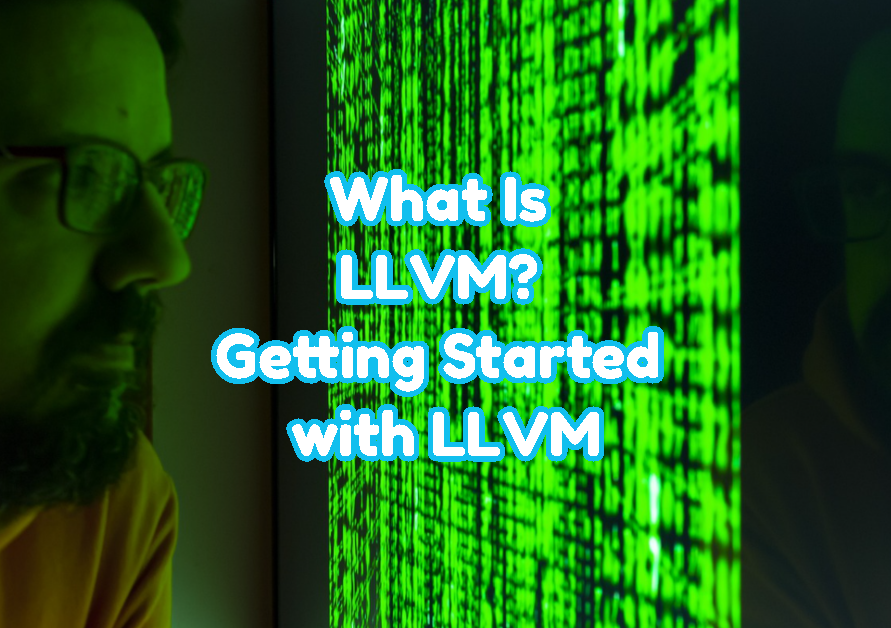 C and C++ are the top programming languages for the LLVM. Even LLVM is created as a dynamic compiler and toolchain C and C++ are the main targets for support. Also, LLVM is developed with C++.

Objective-C is another completely supported programming language similar to the C and C++.

LLVM provides a complete architecture where there are different components and pieces to complete the picture. LLVM provides Front End, Passes, and Back End. The following graphic illustrates how the LLVM works on source code and generates executables and binaries.

Front End will take the source code and convert it to the intermediate representation or IR . This is a preparation process for the other steps and compiler where LLVM runs properly. Front End is nor the core part of the LLVM and generally auxiliary software or a tool like Clang is used.

LEARN MORE  How To Use Javascript Closures

Pass or IR is the core task of the LLVM where the compilation process takes place. The IR or intermediate code will be optimized again and again with multiple phases.

Back End is the last step where the optimized IR code will be converted into the machine code which is specific to a CPU architecture or operating system.

Below we will list some important tools and components of the LLVM.

Clang is the compiler created for the LLVM specifically. Clang can compile the IR code into the executables and binaries. Also, Clang is almost 3 times faster than the GCC compiler.

LLDB is the debugger created for the LLVM project. LLDB is more faster and efficient than GDB and tightly integrated with the LLVM core and Clang.

LLVM Core is the core component for the LLVM where core libraries provide optimizer and code generation support for different CPU and hardware architectures.

Gnu Compiler Collection or GCC is another popular and widely used opensource compiler project. Before the LLVM emerged the GCC was a defacto compiler for different for open source world. With the LLVM things started to change and with its advantages LLVM became popular too. Below we will compare the LLVM and GCC from different points of view.

LEARN MORE  How To Shuffle/Randomize Array in PHP

LLVM can be installed on Linux and Ubuntu operating systems like below. We will provide the package names llvm-10 and llvm-10-tools in order to install LLVM version 10 core libraries and tools.

Getting Started with LLVM

We have installed required packages named llvm-10, llvm-10-tools, and clang. Now we will compile a simple hello world example with the LLVM as getting started example. The hello world application source code is provided below.

The newly created hello_world executable can be run from the console or bash command line like below.