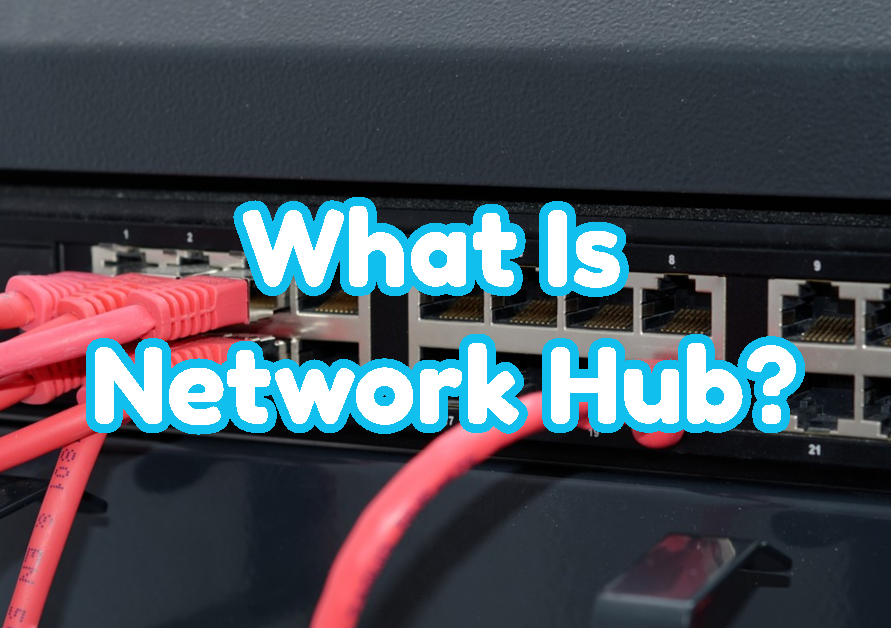 Network Hub is one of the most basic computer network devices. Network hub created a lot of time ago fr basic local network connectivity which. Today’s network hub is rarely used for computer networks because of its disadvantages against the Network Switches.

What Is Network Hub?

As its name suggests Network Hub provides a central point to connect the computer network traffic. A network hub has RJ-45 ports where computers are connected to a network bus inside the hub. Every network traffic and signal are transmitted to all connected ports and computers via this bus. This mechanism is called broadcasting where all computers get network packages regardless of related to them.

As a cheap network connectivity solution network hubs do not provide intelligent network traffic management. Network hubs only transmit network packet’s electrical signals to all connected devices. According to OSI reference model network hubs work at Layer 1 where only electrical signals work. Network hubs can not destinate the network packets because they do not understand higher network layers like OSI Layer 2 like ethernet protocol. Network hubs also cannot detect a collision when two different computers or hosts send packets at the same time which will interfere with each other. Also, network hubs do not understand higher-level network protocols like IP, HTTP, etc. because they work in the OSI layer 3 and higher.

LEARN MORE  How To Get Mac Address In Windows?

Even the network hub is an old and low-level technology it may have some advantages for use.

In general with the advancement of the technology network switches emerged which put the network hubs into a disadvantaged position.

LEARN MORE  What Is LAN (Local Area Network) and Compare With MAN, MAN?