What Is Python (Programming Language and Features)? – POFTUT Skip to content 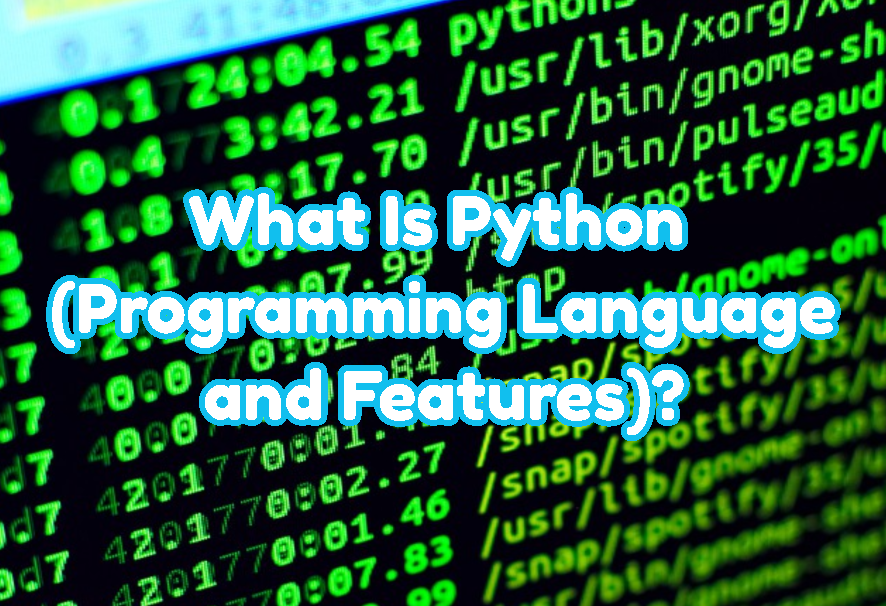 Python programming language does not have a very long history. Here we will provide the history of the Python with important dates.

Well, in this part we will talk about the Python features which can take a lot of talk and space.

Python is a scripting language where it does not requires a compilation to run created code. Actually it has an internal implicit compilation which makes our code/script faster for multiple runs. But from the user point of view just running code/script will work seamlessly.

One of the Python main goals is to make programming easy by using human-friendly syntax and structures. Python is very easy to learn where most of the users outside of the programming learn the Python for its simplicity.

Python is a very popular programming language because of its simplicity, library support, and other features described below. Also which makes Python popular is it can be used everywhere from webserver to Raspberry Pi to a Windows GUI application or big data applications.

LEARN MORE  How To Install Pip In Windows?

Python is created as Open Source Project and programming language where all the tools are provided freely without a fee. built-in and 3rd party libraries of the Python are provided as free too.

Python provides very fast application development abilities where it provides cost, time advantages to the startups, and corporates. Creating development and starting development can take very little time with tools like pip, easy_install, etc. There are a lot of previously created libraries and code samples that will eliminate to development of them again and again.

Python also has a lot of 3rd party libraries where builtin-libraries do not meet our requirements. From big data to excel manipulation, from network packet generation to web scraping there are a lot of advanced 3rd libraries provided for Python.

With the help of the big user base, Python has a very large and helpful community. Every problem is solved with technical or development efforts. You can even find a lot of scripts and code which will meet your requirement one on one without an effort.

A Lot Of Python Based Popular Projects

Even Python does not have a very long history currently there is two major or the main version of Python named and numbered as Python2 and Python3. Python2 was the default and first choice up to recent years. But for a few years, Python3 is the default choice for development. Python2 code and libraries can be converted to Python3 with some tools but this can be tricky work.

As Python is a general-purpose programming language it is used in a wide range of areas. With the enormous 3rd party libraries Python is used for the following cases.

Python is a new language that is actually similar to the its predecessors. There are a lot of similarities but also differences with these old programming languages. In this part, we will compare the Python Programming Language with the PHP, Ruby, Java, Perl Programming Languages.

PHP is another scripting language that is mostly used for web development. Python syntax is a lot different than PHP where Python provides more human-friendly and readable syntax and keywords. PHP is object-oriented but not complete as Python. PHP is specially designed for web development which is very efficient and comfortable. Using PHP in different areas except the Web is harder.

LEARN MORE  How To Install Python Pip For Linux?

Ruby is another interpreted programming language where it provides very similar to the Python. Both Python and Ruby languages are object-oriented and general purpose. Python provides more readability and flexibility during development and error which makes it superior to Ruby.

Python and Java are both object-oriented programming languages with huge library support But they are running in different categories where Java can be named as semi compiled and semi interpreted language which requires some effort to run Java code. Java generally used critical enterprise applications wich requires high-level reliability and testing.