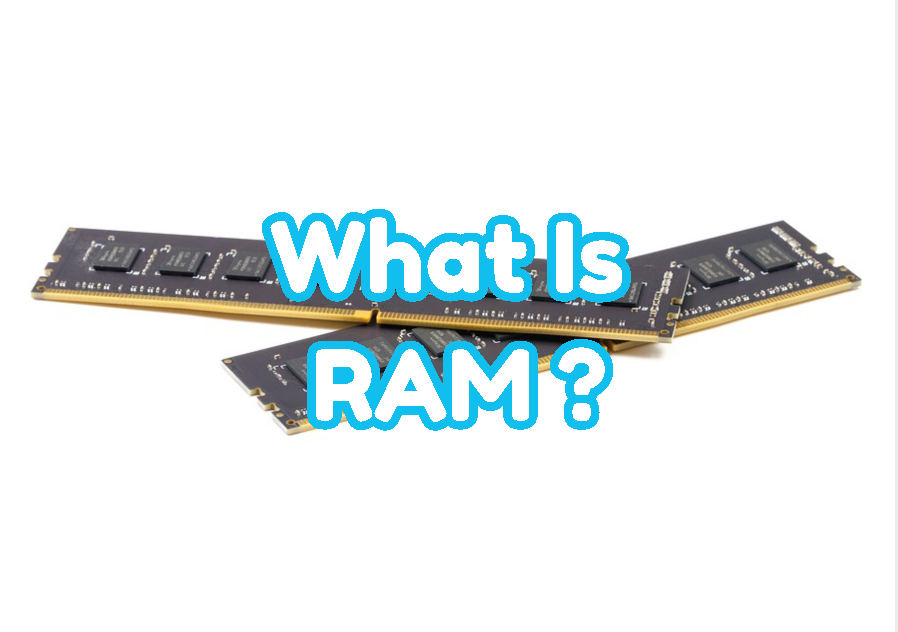 RAM is the short form of the Random Access Memory. It’s a memory where the short-term information can be stored in an easy, fast way. A typical computer can provide different memory types and components but RAM is the most efficient, reliable type of memory.

RAM provides random access to read and write data or information in a fast way. RAM is mainly used by the CPU or processor component of the system.

RAM or Memory or Volatile Memory

As a popular memory type RAM is also referred to as Memory or Volatile Memory . Even they are not the same in a daily usage most people use these terms interchangeably.

Memory is the general name of the related components like Volatile Memory and RAM. In general HDD, SSD is also named as memory because of their storage capacities and accessing the information later.

Volatile Memory is generally used to specify a dynamic memory where data can be read and write in a fast way and stored during the running of the system. When the system is shut down all information in the volatile memory will be cleared. RAM also named as Volatile memory because of its popularity and working methodology.

Which Devices Has RAM?

Generally, if a device has a CPU or processor it generally has a memory and this memory is generally a RAM. Today a lot of different devices use RAMs. 10-15 years before only computers and some specific devices were using RAM as memory. But with the recent technological advancements today most of the smart devices uses RAM alongside the CPU or processor.

Computer is the main usage area of the RAM where different types of computers like Laptops, Servers, PC’s uses different type and sizes of CPUs.

Tablet is a popular device which provides an experience like smartphone and Laptop. Tablets use RAM like a regular computer.

Smart Phone or Android or iPhone generally categorized as the same types and those use RAM as a memory unit. All of them pose processors which will require some memory. RAM is used as the memory unit.

Smart TV uses RAM as they contain some processor, operating system and applications to run properly. Even they can install applications from different marketplaces. They can be also called smart or end-user embedded devices.

Embedded Devices uses RAM for a long time in order to store information about the connected systems and running applications.

RAM is a volatile memory which simply means the data stored inside RAM is volatile. RAM uses electricity to store the information inside it and without electricity, the information can be stored inside RAM. RAM refresh itself regularly with high frequencies for data storage or access to read or write. During these refreshes, CPU will access the RAM to read or write some data which can reside in different locations of the RAM. The data which is not accessed or changed will be refreshed as same to continue storing them.

RAM has changed during history. THE First RAM types were very low performance and size where they get faster and bigger in size.

SRAM is the first type of RAM created to be used in MainFrames in 1963 and used to 1995. SRAM is the short form of the Static RAM which is generally used the Mosfet technology inside it.

SDRAM or Synchronous Dynamic Random-Access Memory is the most recent RAM type and technology which is created in 1992 by Samsung. It is mainly using the DDR technology for performance and efficiency. Today most of the devices use this SDRAM or DDR type RAMs. DDR RAMs have recently achieved version 5 which is called DDR5. Also, Mobile devices may use the mobile version of DDR type named LPDDR which is also version 5 recently.

As the most popular RAM usage is is the computers in general PC/Server/Workstation and Laptops are two main usage areas. Because their form factors or sizes are different from each other they need different sizes of RAM. There is two form factor type of RAM.

PC RAM is used for the PC’s, Workstations and Servers. Also, servers and workstations have some extra features they have the same form factor.

Laptop RAM is used for mobile devices like Laptops and Tablets.

LEARN MORE  How To Get Ram Information In Linux?

The most important metric of the RAM is its size. Because today operating systems, applications, and users require more memory than before and this increases day by day. For example, 32 MB memory was enough for general usage in the year 2000 wherein 2020 at least 8GB memory is required for general usage.

Today even a single RAM can provide 8 GB memory more than one RAM module can be used to increase the total memory of the system. Generally computers, servers provide a lot of memory slots to add extra RAM to the existing or upgrade. PC’s and Laptop also provides RAM slots between 2-4 for an upgrade but small factor devices like Tablet, Smartphone and SmartTV do not provide slots extra addition of the RAMs.

Today as 2020 following sizes of the single unit RAMs can be found on the market easily. Extra size RAM can be found for special cases from special sellers too if needed.

Why the computation systems require more and more RAMs day by day. Because there are a lot of applications that require high memory sizes. Before listing RAM heavy applications why they require more RAM and how they use? These applications generally stores cache data and intermediate process results in the RAM or provides a high amount of data as visual or 3D image or Video will require more RAM for easy and fast access.

Operating Systems do not require a high level of RAM but generally uses about 2GB RAM. Operating systems generally run different services for easy and best user experience on the background and these services stores different data in RAM for fast access.

LEARN MORE  What Is Bit (Computing)?

3D Design and Editing Aplications generally use a high level of memory because the drawings and designs are stored as 3D like a real-world example.

Browser with a lot of tabs will also use high RAM. With the popularity of the tabs, a single browser window can store a lot of tabs and web pages. Today web pages are not just static HTML and CSS code with little Javascript. They are complete web applications with complex JavaScript code and this makes them RAM thirsty.

Virtual Machines can use a lot of RAMs because they will run a complete operating system with its user-level applications. This is just running a second computer inside the current physical computer.