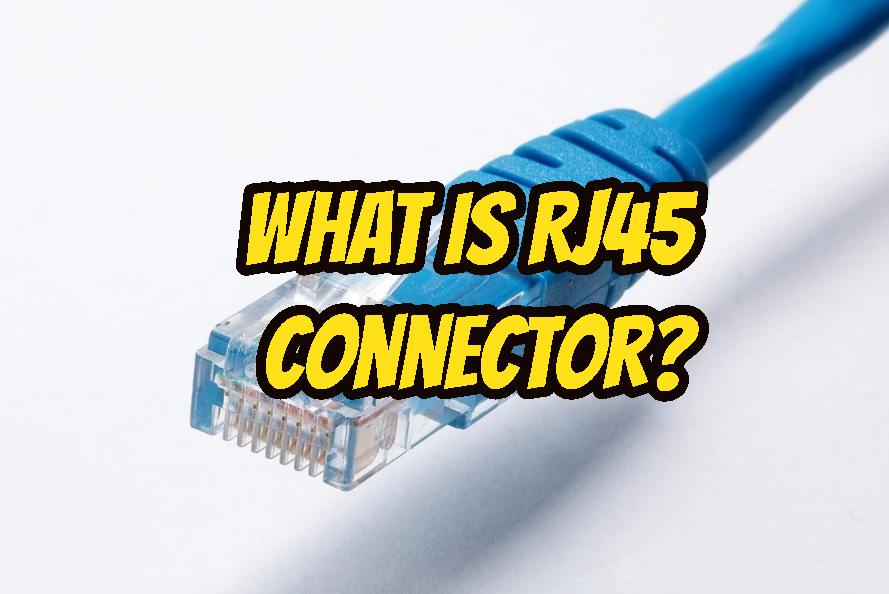 RJ45 is a type of cable connector which is mainly used in computer networks. RJ45 is mainly used for ethernet networking which is used to connect different type of devices like a switch, hub, PC, router, firewall to each other.RJ45 is the most known and popular connector type in the IT world.

Well, where the RJ comes from. RJ means Registered Jack and standardized network interface to connect voice and data equipment. There are other RJ standards like RJ11, RJ14, RJ25, etc. For example, in order to connect the phone to the copper line RJ11, standard and connector are used.

Even RJ45 Connector is very simple connector it consists of different parts.

RJ 45 connector consists of 8 pins where 8 copper lines are connected. RJ45 generally used for CAT5 and CAT6 cables. There are two standards used for RJ45 named  T-568A and T-568B. They are the same cables but with a different lineup.

LEARN MORE  What Is CAT5 Cable Standard with Features and CAT5 vs CAT6?