What Is ROM (Read Only Memory)? – POFTUT Skip to content 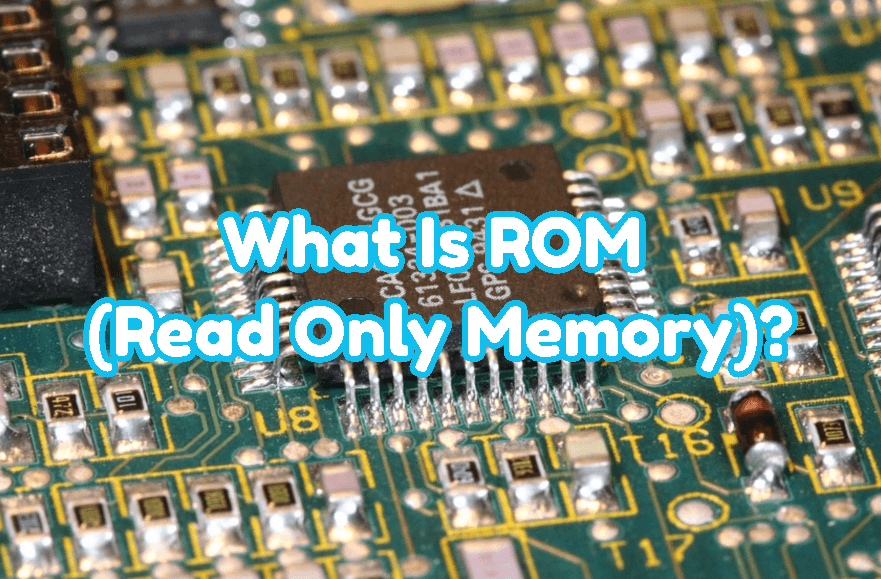 ROM stands or Read-Only Memory. Memory is a component where we store information about the system. Read Only means we can only read information or data from memory and cannot change and write to the memory. Read-Only Memory is especially useful when we only need some data to start a system or run simple tasks. For example, in the following image, there is a ROM that is provided by the CollectorVision Games. This ROM is called a “ROM PACK” and contains multiple games that can be used in atari, Gameboy, etc.

As ROM usage is very popular in computers, laptops, PCs, servers, smartphones, printers, and other types of electrical devices different types of ROMs are developed according to needs. Here a list of ROM types.

The early ROM type was hard-wired devices with a pre-programmed set of data and instruction. These are named as Masked ROM and these are inexpensive according to other types of ROM’s.

Programmable ROM can be programmed only once by the user. The user buys a PROM which is empty or not programmed. This PROM will than accept a program for a single time and we can not add extra after the first programming. PROM is also not erasable.

Erasable and Programmable ROM as its name suggests erases and program the ROM over and over again. Read-Only Memory name made you confusing but EPROM can be erased and programmed multiple times. Erase can be done by putting EPROM to the ultra-violet light for 40 minutes. During programming an electrical charge and programmed is used with the insulated gate region. This charge retains more than 10 years which means after 10 year EPROM program will be deleted naturally.

LEARN MORE  How To Use Linux dmesg Command To Print System Logs?

Electrically Erasable and Programmable ROM is named as EEPROM. EEPROM is similar to the EPROM where EEPROM is an enhanced version. EEPROM can be erased and reprogrammed about a thousand times. Erasing and deleting EEPROM will take 40 milliseconds. But programming an EEPROM will take slower than erasing it.

As ROM’s has some advantages there are also some disadvantages of the ROM’s.

Generally, RAM and ROM are compared with each other. Here are some of the differences between RAM and ROM