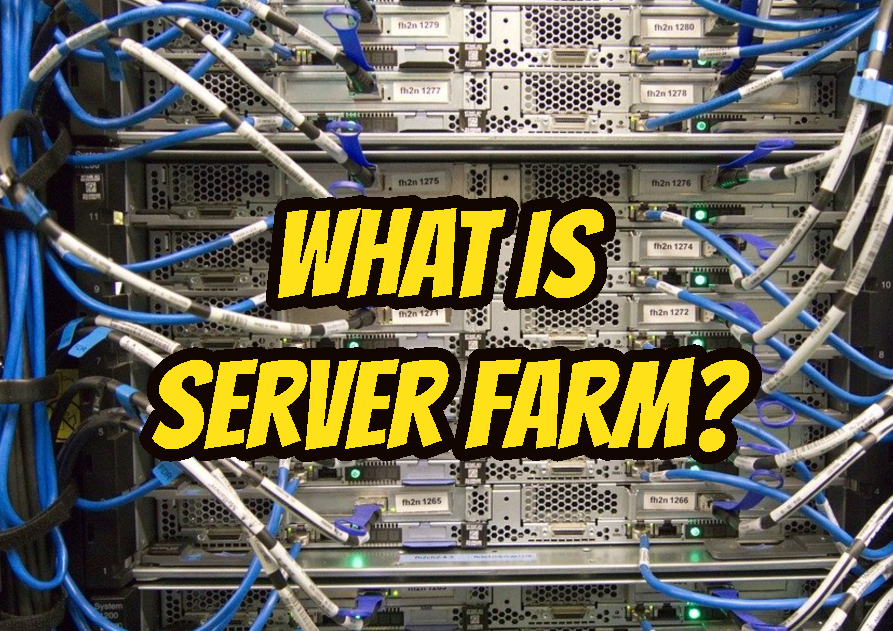 Server Farm is a collection of computer servers in order to run special applications for specific purposes. Server farms consist of multiple servers those count can be 100s even 1000s. Server farm’s main advantage is processing data in a very fast and distributed way and solving the given problem in less time.

How To Create Server Farm?

Servers are the main part of a server farm where a lot of servers will be used. If the servers are physical it would be better using the same brand and model to run servers and troubleshoot problems. Also, the operating system should be the same for deployment and execution.

LEARN MORE  What Is the Google Cloud Platform (GCP)?

Network is another important part of the server farm where big number of servers will be connected to each other through the network. Network devices should be reliable, high performance.

Cooling is important for the server farm because running them at the same time in the same environment will create a lot of heat and cooling should set up properly.

Power is another important part where running a lot of servers will require a huge and reliable power consumption.

As a big processing power server farms provides a lot of advantages for IT cases, applications.

High Processing Power is the most important and crucial benefit of the server farms. Today real-world problems require high processing power to solve them. This processing power can be created using a CPU or GPU.

Reliable Computing Environment is another big advantage of the server farms because a server farm contains a lot of servers. Even a single or multiple servers fails other servers can continue to work and process the given job or application.

Fast Problem Solving by using high processing power a server farm can be used to solve problems in a fast way. Think about a single server that can solve a problem or run an application to complete it for 100 hours. If we use a server farm that contains 100 servers this problem can be solved or application can be completed in one hour with the help of the server farm.

3D or Animations are one of the most popular use cases for server farms. Movie production companies use server farms in order to create animation and 3d movies. This type of server farms generally uses GPU power in order to process graphics and 3d shapes and objects.

Biology and Gen Reasearch is another server farm application area where different biology and gen topics are simulated inside the server farms with specially created applications.

Weather Forecasting is interestingly another server farm use case where different types of weather data are provided the server farm application for probability and calculations which will end precise weather forecast results.