What Is Server (In Computing)? – POFTUT Skip to content 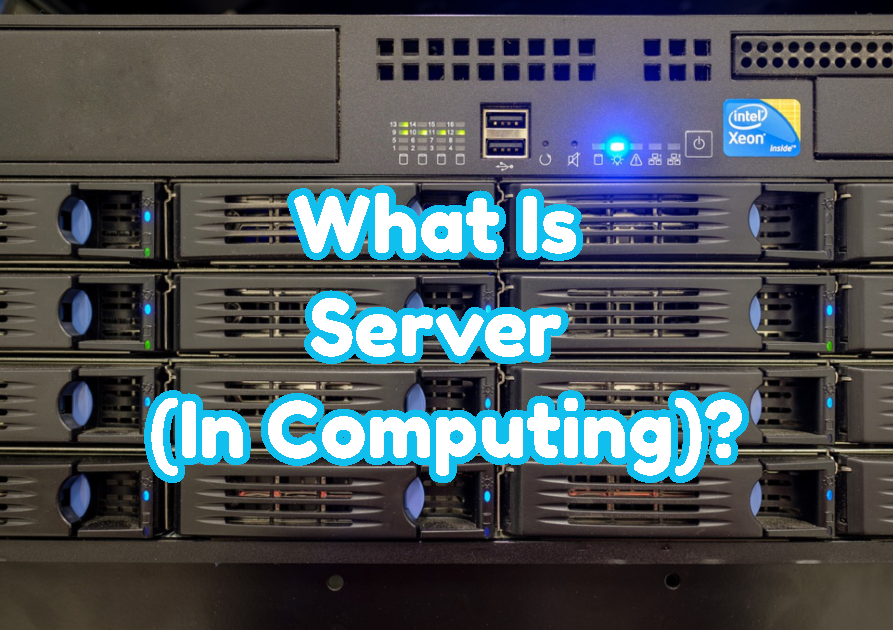 Server is a bunch of hardware and software which is used to serve and provides different services to the clients in computing. Servers are an important part of computing where in today every internet user consumes different services from different companies’ servers. Servers are providing part of the Client-Server model and consumed by the different and multiple clients at the same time. Servers generally contain specialized hardware and software but in some cases, server hardware can be a regular computer, PC, laptop even a mobile device that runs server application or service.

The term Server is created by Kendall in 1953 for its Queueing Theory. The firsts technical and more realistic usage dates back to 1969 where the server is explained in RFC 5. This document was related and explaining the ARPANET which is the predecessor of the internet.

Servers are different from PCs, mobile devices, and other IT related devices with the following attributes and features.

Scaleability : Server hardware, operating system, and software are designed with scalability in mind. They try to be more scalable in order to be more reliable, high performance, etc.

Reliable: The most important attribute of the server is reliability. Servers are designed to work 7×24 without service interruption. Their hardware, operating system, and software must be reliable to work months even years without a problem.

Cost: Servers are called enterprise IT components which makes them cost a lot higher than regular PC or laptops. The cost of the servers is also related to redundant hardware, advanced software, etc.

Servers are generally designed and created to serve some service to the clients over the network. With the advecement of the computing a lot of different types of services are provided to the client. In this part we will list different server types and usages for different cases.

Web Server is similar to the Application Server but a bit different where it may run web applications and also provides other web resources like image, documents, CSS, JavaScript files and generally contains some web server application like Apache, Nginx, IIS etc.

File Server is used to store and serve files over network. File server provides access to the multiple clients for files. This is a popular server type where different files, documents, images, programs can be accessed from a single point without duplication over different computers.

Game Server is newly emerged server type where clients or gamers can play online games in a single platform. Game servers run the game logic where muliple clients connects to the same game and graphics are rendered by the clients.

Mail Server is the core part of the todays IT and business. E-mails are important part of the IT and communication where emails transferred and stored in mail servers. Clients will send or get the emails via mail servers where they can not send email each other directly.

Media Server is another popular server type which is emerged recently with the advencement of the internet and mobile devices. Media server is used to store and stream different media types like movies, music, image, file. Media services can be provided by companies as well as home media servers too. Netflix, Hulu are examples about media servers from companies.

LEARN MORE  What Is My DNS Server and Hot To Change DNS Server For Windows, Linux?

As stated previously servers consist of multiple components called Server Software and Server Hardware. There is also a less important component called Server Operating System . Even not all of them are required to call the system as server generally the server software is the most important part of the server.

Server Software is the most important part of the server where services are provided via this server software. Generally the server software work as a services on the system which starts on the boot automatically. Server software runs 7×24 without or very little interruption in order to provide reliable service to the clients.

Even personal computers, mobile devices, or laptops can be used as a server there are some differences between the official server and personal computers from hardware, operating system, and software viewpoint.