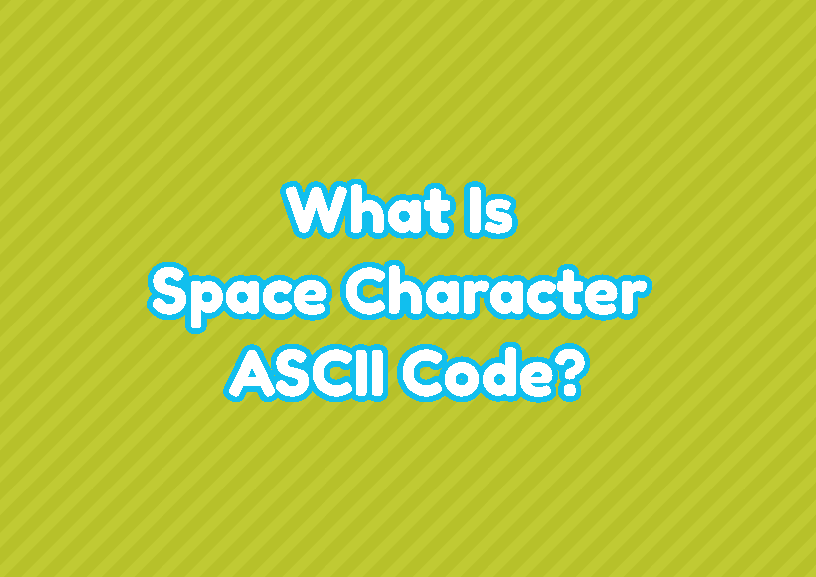 ASCII characters are separated into different categories called Control Characters, Printable Characters, Extended Characters, etc. As it can be printed the whitespace or space character is categorized as printable characters. The ASCII code of the space is 32 which has the symbol U+0020. The space character also expressed as a binary value 0010 0000.

Space or Whitespace or Blank space

As stated previously the space character has alternative names in ASCII terminology. Sometimes is called space other times whitespace even blank space. All of them are true and point to the same character which is a single character emptiness.