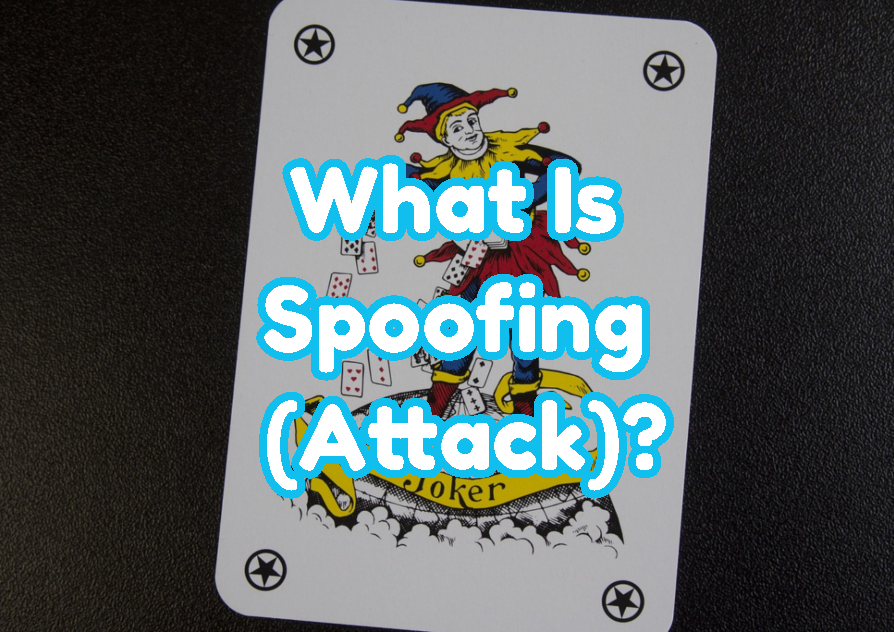 Spoofing is the act of falsifying some trust between different parties. A spoofing attack is a computer security term used to falsify different applications, protocols, and systems to gain an illegitimate advantage. Spoofing also defined as the attacker’s ability to pass themselves off as someone else for the target system.

The term spoofing is created by the English comedian Arthur Roberts in the 19th century. Today the spoofing is used in computing security in order to define an attack-type which can be implemented in different ways with different methods.

IP address spoofing is another network-related spoofing or attack technique where the sender or source provides fake source IP address information inside the IP packets. IP spoofing can be used for the DDoS attacks where the attacker identity can be found and attacks can not be prevented as every IP packet comes from a different IP address.

MAC spoofing is another type of network-related spoofing where the network host uses different MAC address for the Layer2 communication. MAC address is changed for a different type of attacks to prevent detection and prevention for the MAC address and IP address of the attacker. MAC spoofing can be also used to connect MAC address restricted network to provide fake but valid MAC addresses.

Some web sites use the HTTP protocol referrer mechanism. Referrer mechanism simply provides a referrer site when requesting some web page from another site in order to provide some part of authenticity. The referrer header is added to the HTTP request. When the web site we want to access process the HTTP request it will check the referred header. The referrer URL can be tricky because it can be set different URLs even these web sites are not referred. Referrer spoofing can be also called as Ref-tar spoofing.

Public telephone lines provide the caller ID during the initialization phase of a call. The caller ID or name is provided by the calling part where it can be changed in some cases. Especially the VoIP technology allows easily changing the Caller ID easily where different caller ID can be provided to the remote part.

Emails use a similar header mechanism during the transmission. The sender information is provided as a header inside the email. Also, the sender email address is provided inside the sender information with the From: header. This header can be used for spoofing by providing fake information and abuse the receiver’s trust. The from header can contain different address then the original one like bill@microsoft.com even this is not the email sender. This technique is generally used by the spammers. This vulnerability is related to the SMTP protocol, which is used for transmitting the emails between email servers.

Files are identified with names and extensions. Extensions are used to specify the type or content of the file. Attackers can spoof the extension of the file in order to run executable files covertly. For example “test.txt.exe” file can be shown like a txt file to click the user and run the executable file.

Spoofing in computer security is generally a technical actions which generally requires some tools to implement. Below some spoofing tools are listed for different spoofing attack types.

Email spoofing can be detected by using some software, configuration, service or inspections methods.

Spoofing attacks are very popular in these days which can create very serious problems. So protection against the spoofing attacks is a must for every person especially in the enterprise environments.

Awareness is one of the most effective way for the spoofing attacks.

Security Software is another important part of the spoofing where awareness do not works. Especially for the technical parts security software will work perfectly.

Security Procedures are important in order to prevent spoofing and for the future occurence of the same spoofing attack.

Cryptographic and Encrypted Protocols can be used to encrypt traffic or authenticate the remote part where the spoofing can be prevented.

Spam filters software can be specifically used for email spoofing which is very popular.