What Is SSD (Solid State Drive)? – POFTUT Skip to content 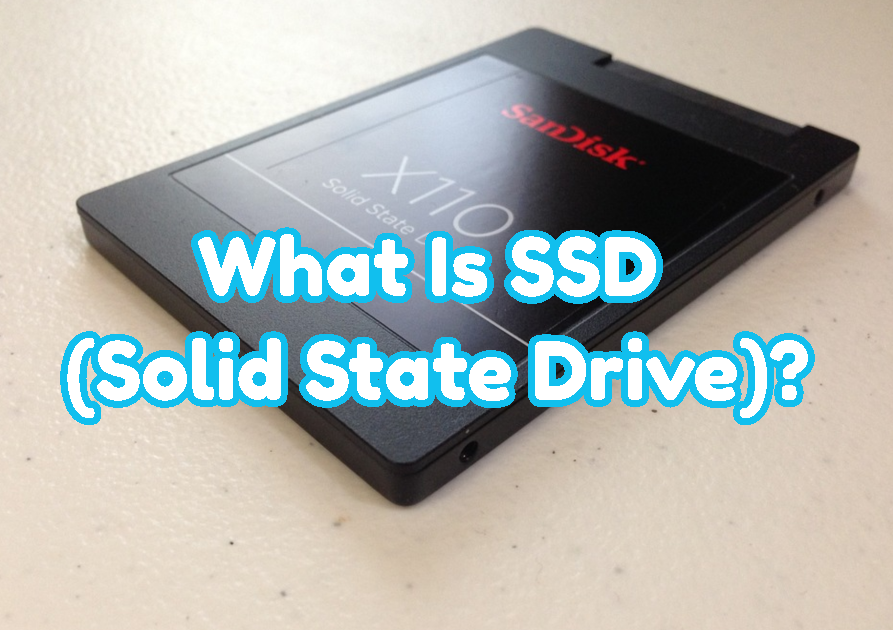 SSD is a new generation storage technology that provides different benefits to computing. SSD is the short form of the Solid State Drive where it is technology is similar to the Flash Disk Drives or USB Drives. In this tutorial, we will learn SSD, SSD Applications, SSD Types, SSD Interface/Connection Types, SSD Advantages, SSD vs HDD comparison.

What Is SSD (Solid State Drive)?

SSD or Solid State Drive is a flash-based disk where it is used to store the data permanently like a regular HDD. Which makes the SSD is its technology where flash technology is the main part.

Let’s start with a disk or storage history where the Hard Disk Drives, Floppy Disks, CD’s where popular for permanent storage. But all these disk technologies were dependent on physical access of operations which makes them error-prone, slow. But the main advantages of these technologies were their prices. Even early SSD-like technology starts with the invention of the modern computer in the 1950’s it is used in special areas like Super Computers, Space Systems, Military applications, etc because of its applicability and price. The price/size ratio was very low for flash-based storage like SSD.

With the new advancement and manufacturing cost cuts the SSD’s prices become affordable for the end and enterprise-level users. Even currently there are some gaps between SSD and HDD, it is closing day by day. It is expected to SSD shipments will overtake HDDs in 2022 which is a revolutionary case.

What Are SSD (Solid State Drive) Used For?

As stated previously with the recent price drop for larger sizes of the SSD, it gained a lot of different application areas and use cases. Actually in generall SSD can be used for all situations but some of them are more profitable according to other solutions.

LEARN MORE  What Is a Motherboard?

Even SSD drives prices are getting more affordable while buying we have to choose the right SSD for efficiency and cost-effectiveness. We should consider the following issues before selecting the SSD.

After deciding the size of the SSD we need to select the right SSD drive with the proper form factor and interface/connection type. We need to get information about the interface/connection type supported the system we want to add SSD. For example, we can not connect SSD with NMVe into a SATA only system. Or we can not put 2.5 inch SSD into an mSATA form factor area. After these, we can back up or copy the data already stored old disk drive or use some tools provided with the SSD or freely over the internet.

SSD provides a lot of advantages according to the standard disk drives like HDD, CD, Floppy Disk.

LEARN MORE  How To Mount Ext4 With Alternative Super Block In Linux?

In this part, we will explain the most exciting aspect of the SSD the Performance and Benchmark of SSD drives by comparing it with HDD.

Let’s make a complete comparison SSD with HDD about all different aspects in a single shot.