What Is SSL Certificate CN (Common Name) and Usage? – POFTUT Skip to content Common Name or CN is generally used in SSL Certificates. CN is used to define the server name which will be used for secure SSL connection. Generally this SSL certificate used to secure connection between a HTTP/S server and client browser like Chrome, Explorer, Firefox.

We can use following domain and host names as Common Name.

Fully Qualified Domain Name or FQDN is used with Command Name interchangeable. Fully qualified name is used to define the host name in a strict manner. More details about the FQDN can be found in the following tutorial.

What is FQDN (Fully Qualified Domain Name) with Examples?

SSL is a protocol used to make HTTP protocol secure by encrytpting HTTP traffic. Secure HTTP is name as HTTPS which means HTTP traffic encrypted with the SSL. SSL Certificates uses some key value pairs to define SSL Certificate properties. Common Name is important part of an SSL Certificate which will be checked against host and domain name.

Click tot the lock icon which can be yellow or red. 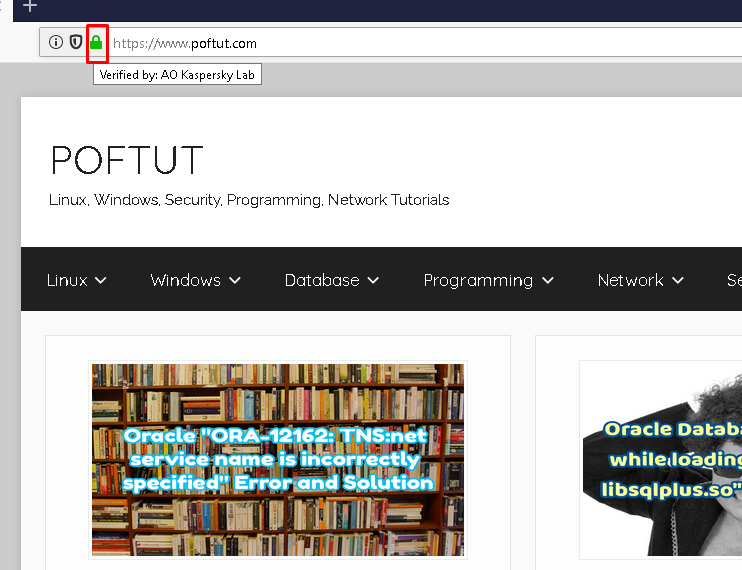 Then we can see the line Common Name like below.