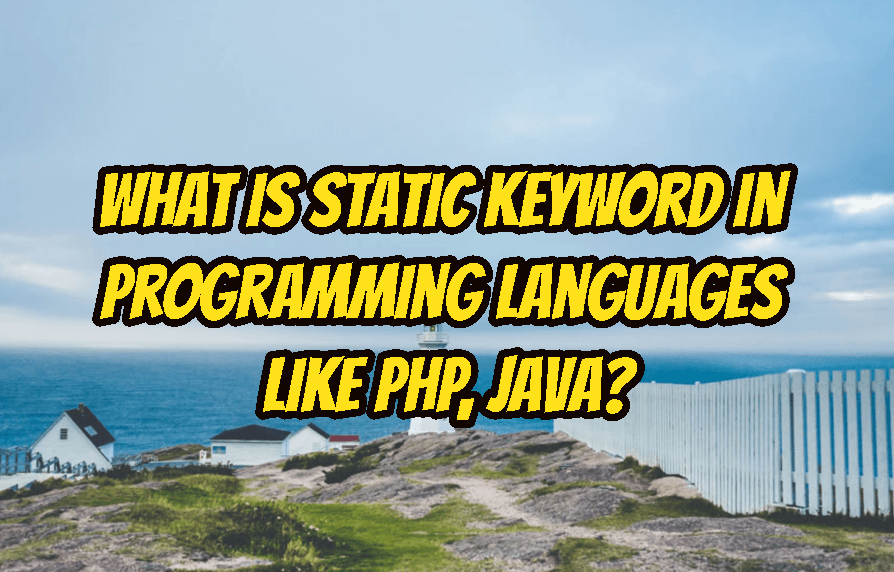 static keyword is used to store some data, variables, methods, blocks, and nested class in memory permanently during the execution of the applications. static can be useful if we want to access the given programming language structures or provide access from other parts of the application.

PHP provides the static keyword with all types of usage. We can declare variables, function variables, class variables, etc static. Then we can access these variables without an instance and their value is stored during the execution of the applications.

We can make a variable static by using static keyword before the variable definition like below. In this example, we will define a variable named total_number which can be accessed from different variable scopes.

We can also use statickeyword in class definitions. In order to use static elements like variable, function, etc we do not need to initialize an object of the given class. We will just use the class name, :: operator, and the variable or function name. In this example, we will create a variable named name and function calculate() as static.

LEARN MORE  What Is Constant Variable In Programming?

Java variables can be made static which will make them available from all different code blocks and structures. They are also persistent during the execution of the program or application. In this example, we will create an integer variable named count which will store its value during the execution of the program. Other functions, libraries, classes access this variable will store count value persistently.

Java Static Variable and Function In A Class

We can also define a variable or function in a class statically. We can also access these variables and functions without an instance of the class. We will create a static variable named count and function named calculate()in this example.