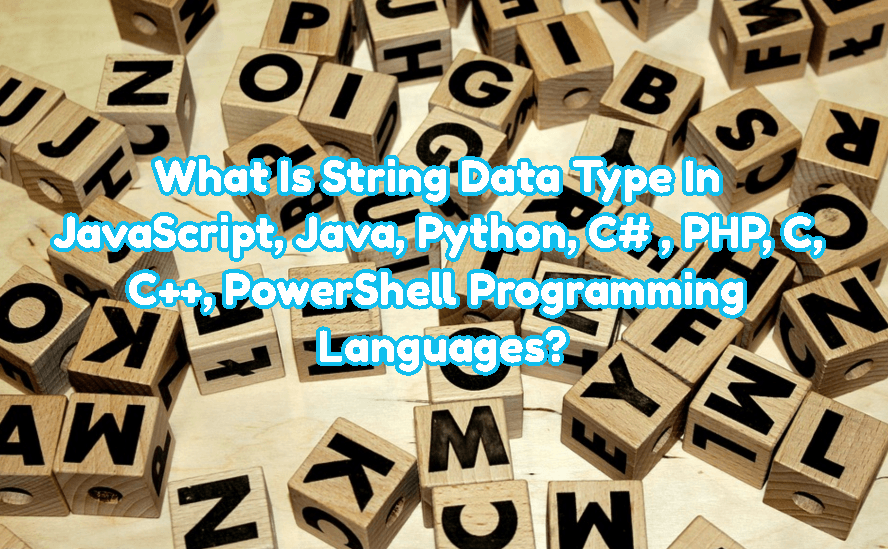 String is a very popular data type which can be used in different programming languages like JavaScript, Java, Python, C#, PHP, C, C++, PowerShell.  String is mainly used to store characters like a text. Alternative data types are an integer, floating point, etc where they are mainly used for mathematical calculations. For example “I am visiting poftut.com”  is a string which completely consists of the alphabet. “I visit poftut.com 2 times” is also a string where 2 is used as a text. Event “123” can be used as a string where we do not use it for mathematical operations.

In the previous part, we have provided some string examples but we want to provide more detailed examples here too. We can use the following values as strings.

Define and Use String For JavaScript

JavaScript is a dynamic and interpreted language where we can create string type variables. We just need to provide a string with double or single quotes like below. Following variables name, address, Age are defined as string variables.

Define and Use String For Java

Java is interpreted and but strictly defined programming language. We can create string type variables with the String type like below.

Define and Use String For Python

Python is an interepted language where the variable types are set according to the provided value. We can use a single or double quote in order to define and set string variables.

Define and Use String For C#

Define and Use String For PHP

PHP is a dynamic language where the variable type is decided according to the initialization value. We can use single or double quotes in order to set a variable as a string.

Define and Use String For C/C++

C and C++ programming languages provide very same syntax for string definition. We will define character arrays like string. We also have to specify the string size like below which is 6 in this case. Strings in C and C++ will end with a NULL or \0 in order to specify the end of the string.